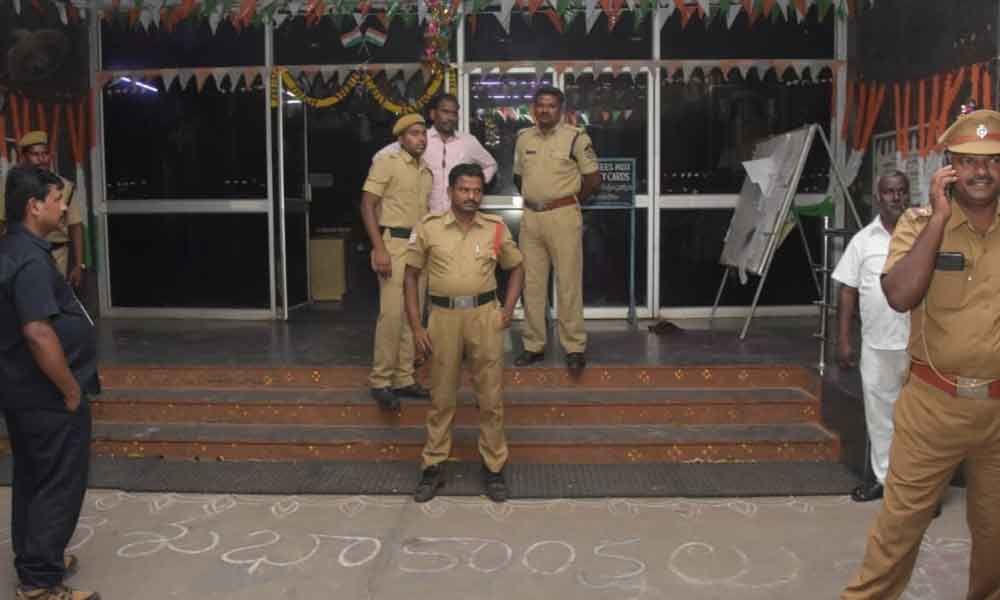 Tirupati: Ending three-day high drama, the gold seized by Election Commission officials near Tiruvallur in Tamil Nadu on April 17 has at last reached TTD authorities. The static surveillance team of the EC has seized around 1,381 kg gold worth of Rs.400 crore as they found it during checking a day ahead of elections being held in Tamil Nadu.

The Punjab National Bank (PNB) officials have however said that as the period of deposit has expired, they were returning the gold to TTD. They immediately rushed to the EC authorities with relevant papers and the Executive Officer of TTD AK Singhal also wrote a letter to the EC that the gold belongs to the TTD.

There was much hue and cry among political circles with Congress leader P Naveen Kumar Reddy, BJP leader G Bhanu Prakash Reddy and others raised their voice against the TTD and demanded a thorough enquiry into the episode as it hurts the sentiments of devotees.

They pointed out the negligence in transporting gold from Chennai without proper documents though the EC norms were clear that no one should carry more than Rs.50,000 cash or gold as the election code was in vogue. After proper verification of all facts and documents, the PNB officials have handed over the gold to TTD authorities at Administrative building on Saturday which was kept in its strong- room.