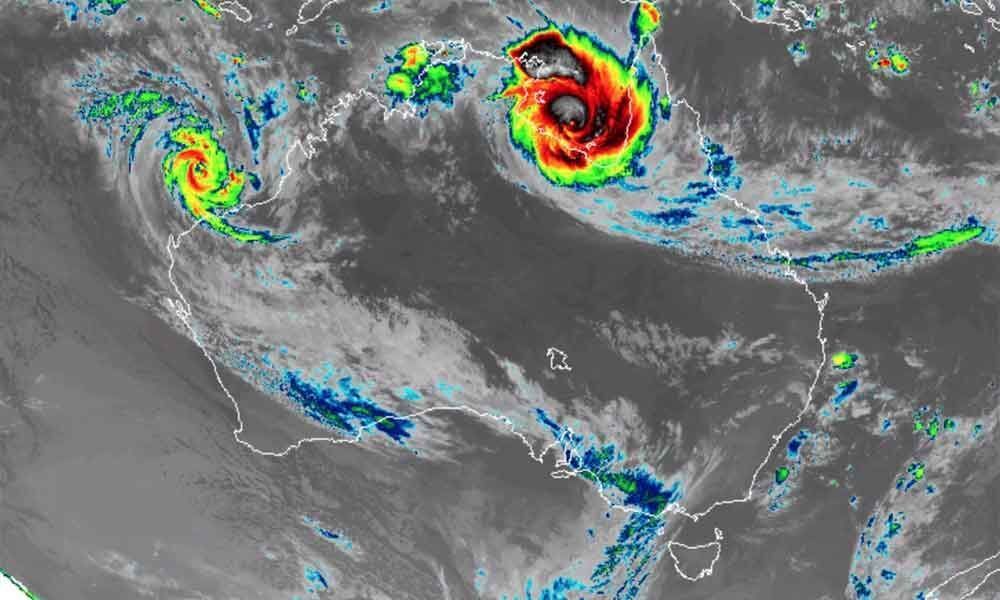 Amaravati: Andhra Pradesh State all set to handle the heading Super Cyclone Fani in Bay of Bengal. AP Weather Forecasting and Early Warning Research Centre (AWARE) a division of RTGS predicted that the Fani intensified as Super Cyclone at 5.30 PM on Thursday and is likely to make landfall near Puri in state of Odisha at 11 AM.

At present (9pm on Thursday) the Cyclone is locating 159KM East North East of Vishakapatnam Coast and it is rapidly heading towards ordisha coast with 19Kmph speed. With impact of Cyclone Coastal Parts of Srikakulam and Vijayanagaram and Vishakhapatnam will receive heavy rains on 3rd morning. Cyclone Fani is expected to cause heavy downpour in the Coastal Mandals of North Srikakulam and Vijayanagaram. Cyclone may hit with the wind speed of 150-180 Kmph.

Read Alert already been sounded in the effected Mandals and people have been evacuated. All the Government machinery put on high alert to handle any type of the situation which may arise due Fani. RTGS Put Continuous Surveillance Camera monitor in the to be affected villages. Aware and Alert Management System and 1100 Parishkaravedika call centre of RTGS are geared up to handle the situation. RTGS has issued alerts to fishermen already advising not to venture in to sea and people too have been cautioned against going to the beaches as the sea becomes dangerous and extremely rough.

RTGS further stated that its has identified important routes in consultation wiht R&B department, Due to the severity of the cyclone and considering that northern part of Srikakulam district is expected to receive heavy rainfall with high speed, it was advised the vehicle movement to be stopped during the time of landfall. RTGS advised the local transport and police authorities to stop the vehicular movement in the identified routes from 8 pm tonight until 9 am tomorrow to avoid untoward incidences.

Heavy vehicles like lorries, container lorries, other heavy vehicles be parked in safe places shady ( not in open places where they don't get toppled by heavy winds.) Autos, passenger autos, share autos, etc be strictly stopped from any movemen. Public transportation may also be stopped. Two wheelers, individual passengers be advised not travel in outside and save themselves from getting struck. Emergency services like ambulances, etc may be given suitable precautionary advisories and taking safe directions by local police and transport authorities.

Odisha government sought the help of RTGS to handle the Fani and the timely information about the movement of Cyclone. RTGS sharing its information on cyclone to the counterpart state.

Likely To be affected Mandals