Focus on digital revolution: Venkaiah Naidu to the Governments 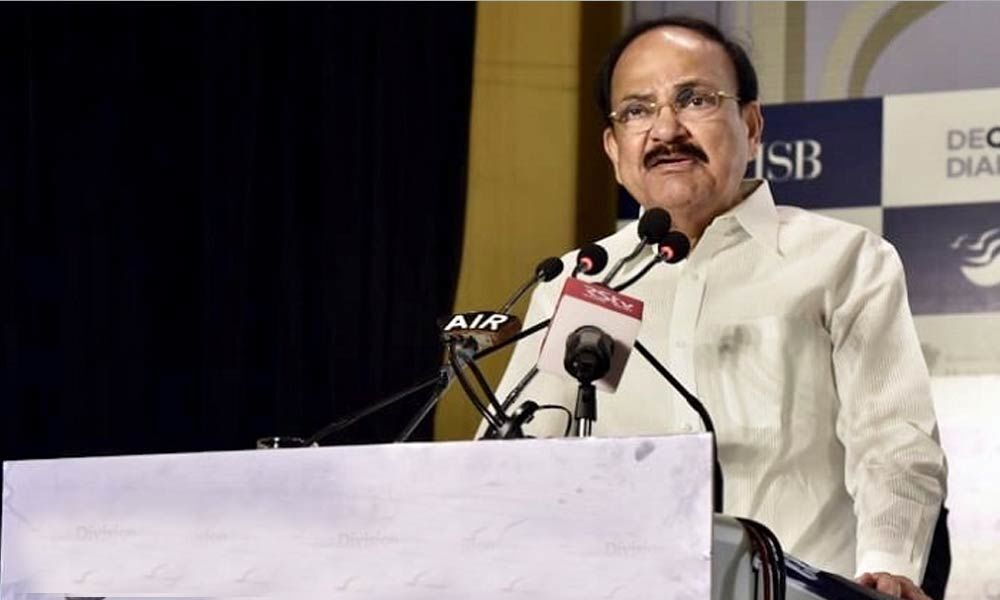 Vice President M Venkaiah Naidu suggested to both Centre and State governments to focus on digital revolution irrespective of other issues. He flagged off the Intercity Express service between Gudur and Vijayawada at Gudur Railway Station on Sunday.

Nellore: Vice President M Venkaiah Naidu suggested to both Centre and State governments to focus on digital revolution irrespective of other issues. He flagged off the Intercity Express service between Gudur and Vijayawada at Gudur Railway Station on Sunday. He said digital technology brings new era in the development that thwarts corruption and delay in transactions. The Direct Benefit Transfer (DBT) which is meant for transferring the benefits to various beneficiaries of government programmes is virtue of this digital revolution where 36 Cr people are getting the benefit from around 400 schemes, he said.

He also said connectivity upgradation should be Mantra of the Government and for which former Prime Minister AB Vajpayee started the revolution long back and now we must focus on it. Future of the nation only with the digital advancement and now Digital India Campaign by the government ensures online services to the citizens, he added.

The Vice President also said many entrepreneurs are coming forward to invest in Andhra Pradesh and the infrastructure should be improved in terms of land, round-the-clock power supply, water and huge connectivity.

"Graft-free environment coupled with transparent governance is possible only with online transactions. The benefits of various schemes should reach the common man without any barriers giving no scope for corruption. The Estonian model which is popular across the globe which attained digital revolution where 99 pc services are online. This should be replicated in India too for more benefits to the poor and needy avoiding role of mediators," said Venkaiah Naidu.

He said around 2.50 lakh Gram Panchayats in India are now being digitally connected via optical fibre. He mentioned about the issue of 8 Cr ghost beneficiary transactions across the country and such issues can be solved with increased connectivity of various sectors.

The Vice President of India said the train services between Gudur and Vijayawada would give scope for quick completion of works in the capital city and saves money to the people. He said bullet train is the next project of India and the recent introduction of Vande Bharat express, the semi high-speed train has been designed as part of Make in India. He said his priority is now drawn to expedite completion of the crucial Nadikudi–Srikalahasthi new railway line project, which will ensure development of the upland area of the state. Venkaiah Naidu categorically opposed extension of the train up to Tirupati and other areas and also huge number of stops saying it spoils the main purpose of meeting needs of visitors to capital city.