Good days are ahead for country PCC president 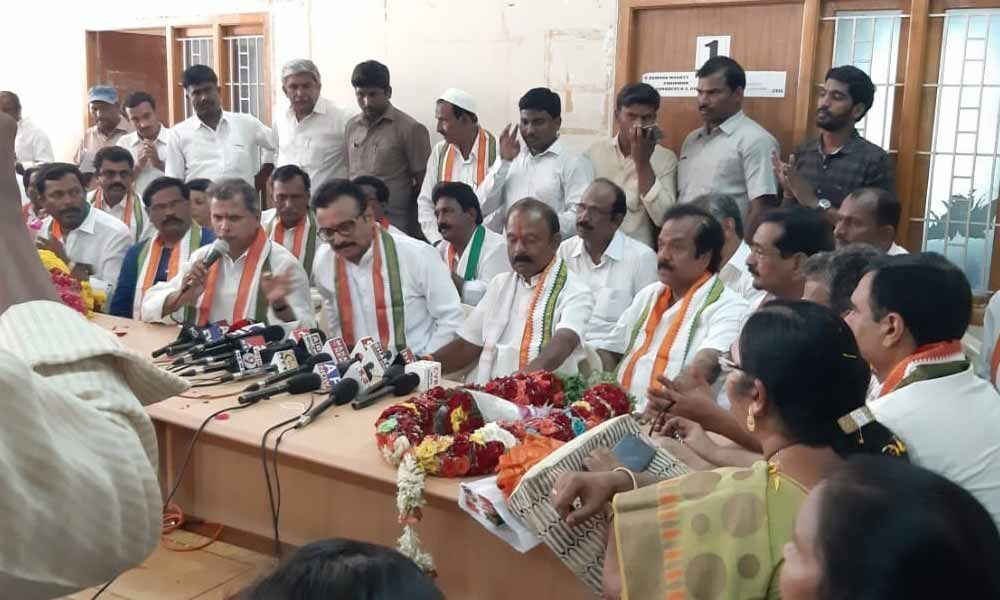 Pradesh Congress Committee (PCC) president N.Raghu Veera Reddy has said that good days are ahead for the country as congress party will establish the government after 23rd May at Center.

Kadapa: Pradesh Congress Committee (PCC) president N.Raghu Veera Reddy has said that good days are ahead for the country as congress party will establish the government after 23rd May at Center.

Speaking to media persons here on Thursday on the occasion of former minister M.Sai Prathap joined with congress, the PCC president said that people vexed with the BJP rule as it has adopted wrong policies in the administration resulted country facing several challenges. The PCC president pointed out all independent agencies like CBI, RBI, ED, ECI have lost credibility in the people following intervention of BJP lead NDA government as democracy in India at cross roads. He said Congress party will stick on its word of providing Special Category Status to the AP immediately after Rahul Gandhi become prime minister.

While appreciating Sai Prathap of his decision joining with congress, DCC in charge president N.Tulasi Reddy said it will helps to rebuilt the party at grass route level in Kadapa district. He said that victory of congress in the elections almost finalized only waiting for official announcement. He pointed out that Narendra Modi frequently cool during the electioneering as he was not able to digest the defeat of his party in the elections.

M. Sai Prathap said that he has done blender mistake by leaving congress despite it has given top priority making MP for 6 times and given opportunity as union minister. He said will strive hard for strengthening party at grass route level. Party leaders SK Nazir Ahmadh, Jakaraiah and others were present.