Gudivada thanks voters for reposing faith in him 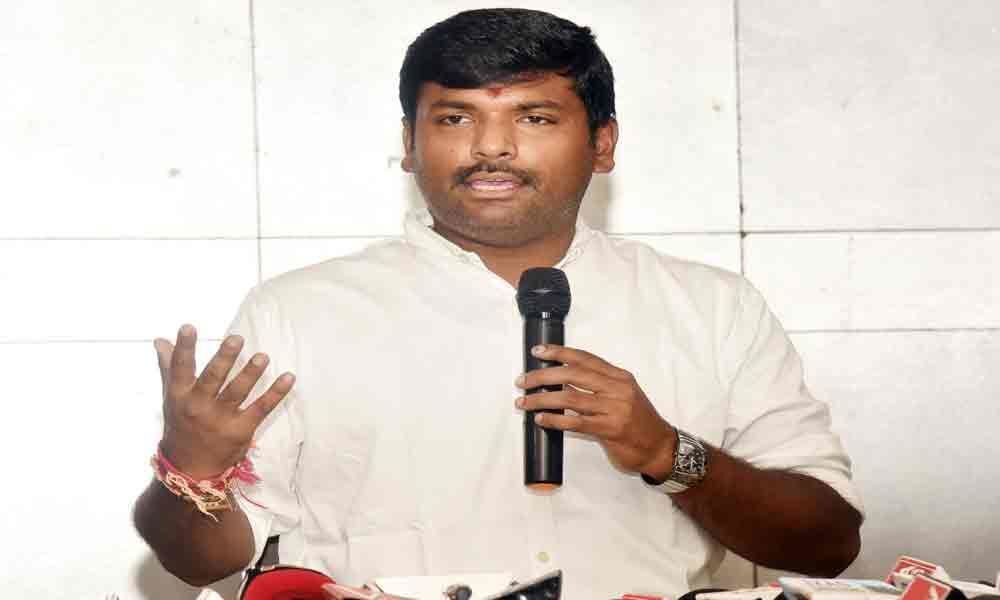 SRCP Anakapalle MLA Gudivada Amarnath has stated that he will be ready to fight for the people’s cause under the leadership of the party’s president YS Jaganmohan Reddy.

Visakhapatnam: YSRCP Anakapalle MLA Gudivada Amarnath has stated that he will be ready to fight for the people's cause under the leadership of the party's president YS Jaganmohan Reddy. Addressing media here on Sunday, he thanked the people for making him win this election and for reposing confidence on his capabilities.

He also expressed his gratitude to the party president Jaganmohan Reddy for reposing faith in him. He said that he would make use of this opportunity to strengthen Anakapalle constituency, develop it and extend the fruits of developments to its people. "The glorious victory of the YSRCP has made the souls of Y S Rajasekhara Reddy and NTR rest in peace,"

On Jana Sena Party chief Pawan Kalyan, Amarnath said that he might be a hero on silver screen but Jagan emerged as a real hero of the State. "People have understood Pawan Kalyan to the full extent and that is why they have defeated him both in Gajuwaka and Bhimavaram constituencies," he mentioned. Amarnath further added that Pawan Kalyan cannot even reach the Assembly gate.

He stated that Jagan is all set to provide good governance in the next six months."The new government would unravel all the corruption cases of the TDP leaders and everyone would be taken to task," he made it clear. He also said that the newly-formed government would strive to win people's confidence and work towards getting the Special Category Status for Andhra Pradesh.