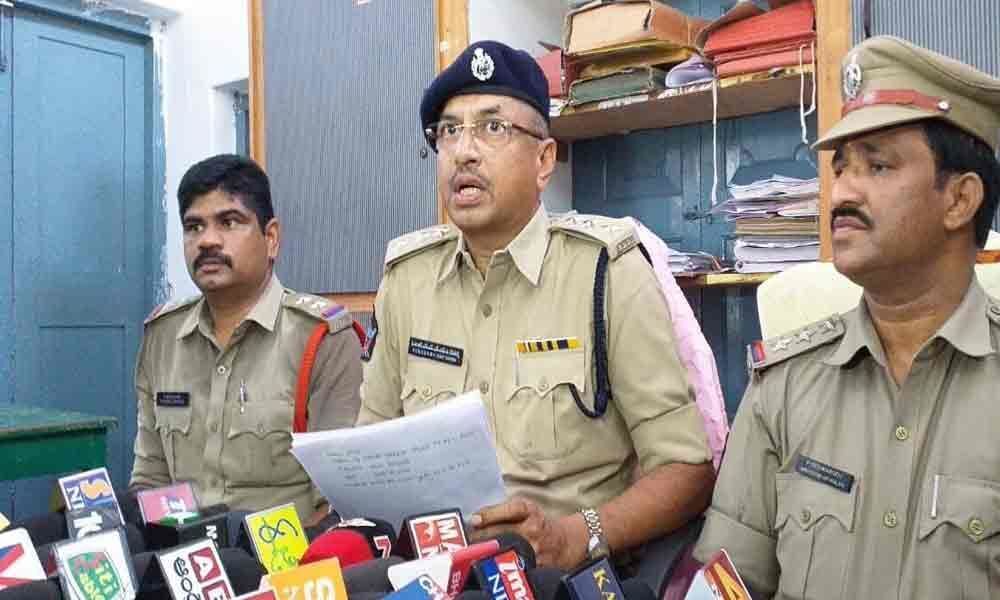 East Godavari has 11 Agency mandals out of total 64 mandals including the four merged from Telangana.

Kakinada: East Godavari has 11 Agency mandals out of total 64 mandals including the four merged from Telangana. In addition to this, the district has Visakha Agency adjacent to it and Odisha, Chhattisgarh as bordering States besides Telangana.

With vast forest areas in and around the district, ganja transportation is said to be on the rise despite police and excise department keeping constant vigil. While the police keep tracking the vehicles both passenger and goods, the traders involved in ganja are opting for new modes of transport.

This includes transport along with other goods such as fruits, vegetables, wood in the same truck or vehicle, besides carrying ganja along with people. Those involved in illegal transport of ganja, look at daily wage earners, beggars, rickshaw-pullers, students and other sections as their targeted customers.

Besides this, the traders supply ganja at higher price between Rs 5,000 and Rs 6,000 per kilo to customers who make cigars for customers like building and transport workers and those in allied activity.

These cigars filled with ganja are sold in pan shops along with ordinary cigars providing option to customers to pick their choice of cigar. In addition to this, ganja is sold in small packets to the customers at specified places and it is said to have turned into lucrative business to traders during the last 10 years.

Sources disclosed that the suppliers opt for ganja sale in areas such as the two bridges on salt creek in Jagannaickpur area besides Indrappalem locks area in Kakinada city. This is besides the town and port railway station areas, Bhanugudi and Sambamurti Nagar in Kakinada city. According to Kakinada rural police CI, P Eswarudu, they are keeping constant vigil on the suppliers of ganja.

"Five days ago we arrested eight persons including a woman for ganja trafficking at Indrappalem area and recovered 60 kilos of ganja worth Rs 3 lakh worth," the CI said. East Godavari Excise and Prohibition Deputy Commissioner [DC] Battula Arun Rao felt that combined effort by all the four departments - police, revenue, excise and forest departments - is needed to prevent ganja smuggling.

"As per NDPS Act 1985, we are targeting the primary sector that is ganja plantation area and the secondary sector the suppliers and carriers," the Deputy Commissioner said. "In November 2018, our excise staff destroyed 4,500 ganja plants in Y Ramavaram mandal in East Godavari Agency. On our part we tracked the transport of 190 kilos of ganja in Rayavaram mandal in East Godavari in the last week of March prior to general elections in April and arrested 6 youth. They are currently undergoing imprisonment at Rajamahendravaram Central Jail," he said.

When contacted East Godavari Superintendent of Police Vishal Gunni said that, they have been initiating measures for effective control of ganja trafficking by keeping constant vigil on traffickers.

"On Thursday, on the 9th of this month, our staff conducted search in a bus, two individuals were caught and 24 kilos of ganja was recovered from them at Yetapaka in Chintur subdision in East Godavari.

A man and a woman hid the ganja packets behind their clothes. The police are also maintaining vigil at Tuni check-post, to prevent ganja supply from Vizag Agency to East Godavari district," he said. As far as the forest department is concerned, they do not have functional powers and have to inform either police or the excise department to act in case of finding ganja plants in Agency areas, Vishal Gunni said.

When contacted on health problems faced by ganja users, Kakinada Government General Hospital [KGGH] Superintendent and East Godavari H1N1 nodal officer Dr M Raghavendra Rao said that ganja consumption is an addiction and it will lead to asthma, bronchitis and other chest diseases.

Youth should keep away from ganja to protect their future, he said.