It's end of SAIL for Coast Guard Ship Vigraha 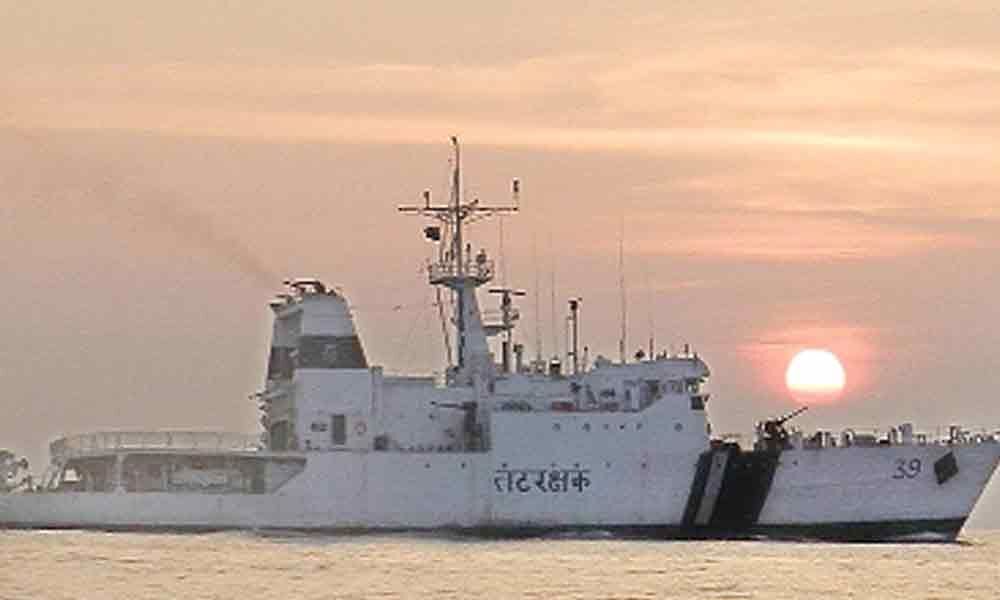 Commissioned in April 1990, the frontline offshore patrol vessel is instrumental in saving many lives at sea, helped in catching many smugglers and poachers

Visakhapatnam: The era of Indian Coast Guard Ship Vigraha has come to an end. The frontline offshore patrol vessel was decommissioned here at a solemn ceremony on Coast Guard jetty on Wednesday.

She was the seventh offshore patrol vessel built by Mazagaon Dock Limited, Mumbai, and was commissioned on April 12, 1990. The ship was later based at Visakhapatnam and has been instrumental in protecting the east coast in general and Andhra Pradesh coast in particular.

During the 29 years of service, the ship participated in major Coast Guard operations involving search and rescue, anti-poaching, pollution response, humanitarian assistance and disaster relief, repatriation and joint exercises with other services.

The ICGS Vigraha is the symbolic representation of an able minded warrior in the battle field and true to her name, she has brought many laurels to the service.

Vigraha has been instrumental in saving many lives at sea and helped in apprehension of many smugglers and poachers. Among them, 275 kg silver haul is the most prominent. In recognition of her achievements, the ship was awarded with unit citation twice in 1991 and 2018.

The decommissioning ceremony was attended by eight ex-commanding officers who had been at the helm of the ship during the last 29 years along with former and the present crew.