Jagan to have 5 Deputy CMs 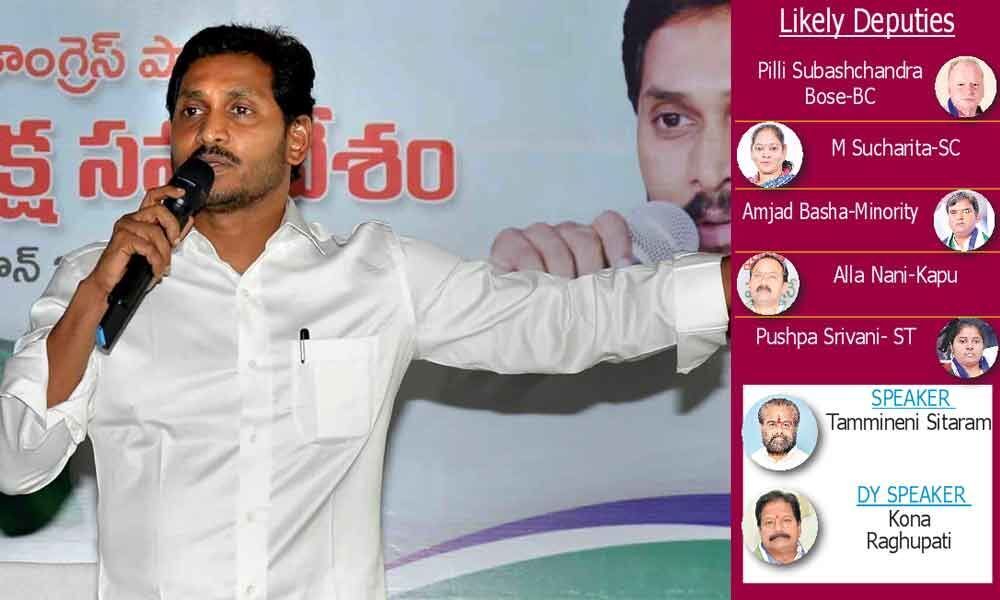 In a move aimed at wooing various communities, Chief Minister YS Jaganmohan Reddy has decided to have five Deputy Chief Ministers in his team of 25.

Amaravati: In a move aimed at wooing various communities, Chief Minister YS Jaganmohan Reddy has decided to have five Deputy Chief Ministers in his team of 25. He has taken a meticulous care in finalising the Cabinet.

This will be the highest-ever number of deputy chief ministers in the state. Jagan Reddy's predecessor N Chandrababu Naidu had two deputies. The YSRCP chief told the Legislature Party meeting that he will induct 25 ministers in the cabinet.

He declared that half of them would be from SCs, STs, BCs and minorities. He also said there will be cabinet reshuffle after two-and-a-half years to give an opportunity to other MLAs.

Those who would be dropped will be drafted for party work so that the party could romp home in 2024 elections without much problem.

The swearing-in ceremony of ministers will take place on Saturday at 11.49 am near the state secretariat, Velagapudi. Governor ESL Narasimhan will administer the oath of office to the ministers.

According to sources, Jagan wants to continue to get support from the SCs, STs, BCs, Kapus and Muslims by offering Deputy Chief Minister posts.

Moreover, YS Jagan Mohan Reddy is younger compared to several ministers. In this backdrop, he wants to give respect to seniors by offering the Deputy Chief Minister posts. They would also represent their respective communities.