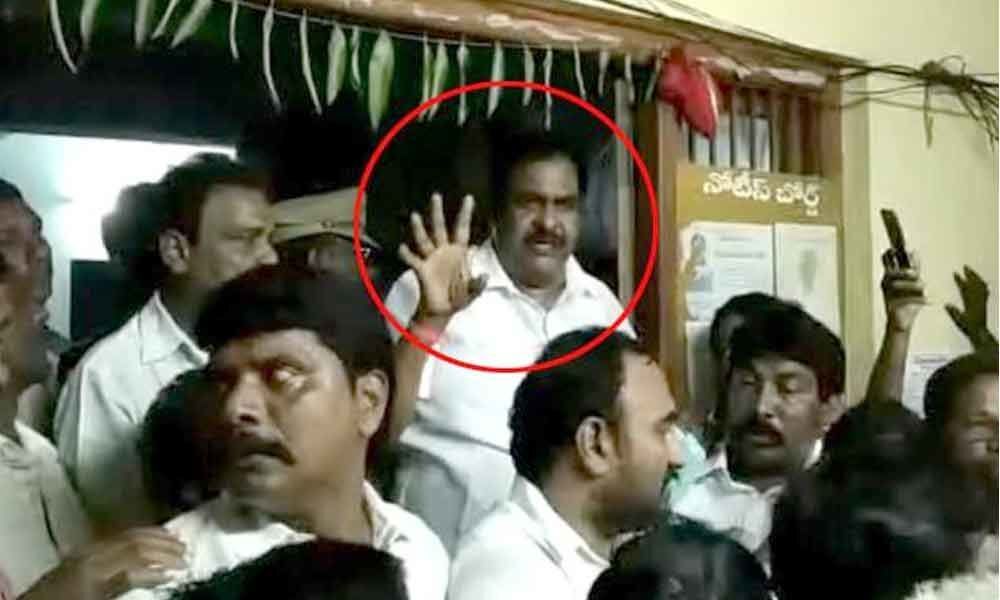 The Janasena party MLA Rapaka Varaprasad have surrendered at the police station on Tuesday.

East Godavari: The Janasena party MLA Rapaka Varaprasad have surrendered at the police station on Tuesday. A criminal case has been registered against him and his followers for attacking Malikipuram police station.

Along with MLA Rapaka, 15 of his followers were also taken into custody by the police. A non-bailable case has been booked for allegedly destroying public property and obstructing duties of police.

Having learned about the arrest, MLA Rapaka, along with his followers, went to the police station to get them released. On the occasion, a heated argument broke out between followers and police. In this context, the police have filed a case against them for allegedly attacking the police station. However, Janasena activists alleged that the police had abused the MLA.

On the other side, Eluru Range DIG AS Khan has inspected Malikipuram police station which got destroyed in the attack by the Janasena activists.

Speaking to media, DIG Khan said that the irresponsible behavior of an MLA is not good for society. He added that such incidents would send false signals into the youth over the police system. He clarified if the SI has made some mistakes then file a complaint with relevant evidence to the higher authorities and action will be taken.