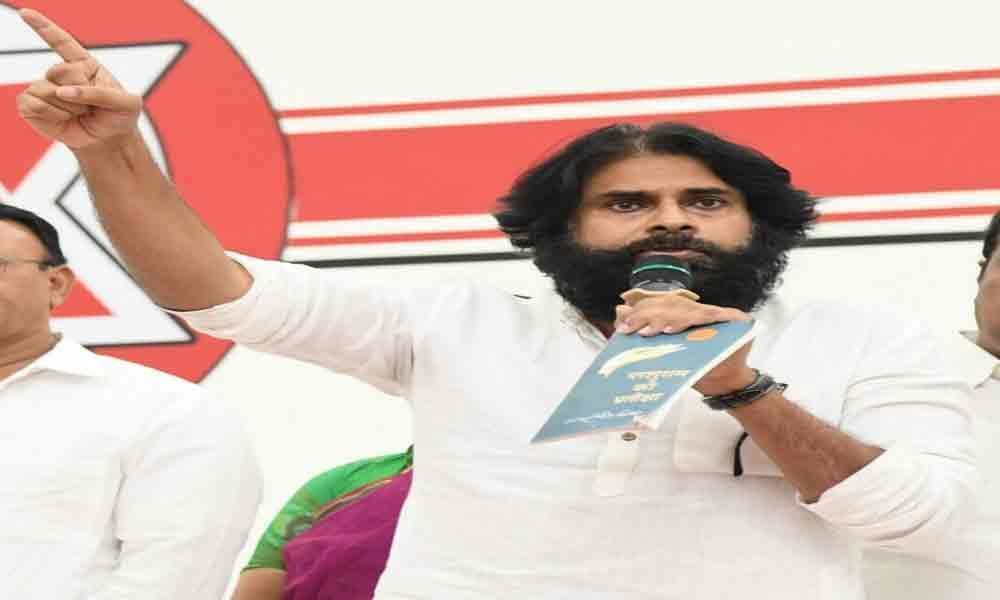 Jana Sena Party chief Pawan Kalyan said that he will continue his fight till the last breath to highlight and address the people’s problems.

Vijayawada: Jana Sena Party chief Pawan Kalyan said that he will continue his fight till the last breath to highlight and address the people's problems. Addressing the party workers who came from various districts to Mangalagiri state party office on Saturday, he attributed the debacle of party in the recent elections to tampering of EVMs and flow of money.

He said his rivals spent Rs150 crore to defeat him in Bhimavaram and added that their main aim was to defeat him in the elections and to prevent him from entering the Assembly. He said he would respect the people's verdict and observe the YSRP government for some time. He appealed to rank and file to mount pressure on government to solve the problems of people. He assured that he would be within the reach of party leaders in the office.