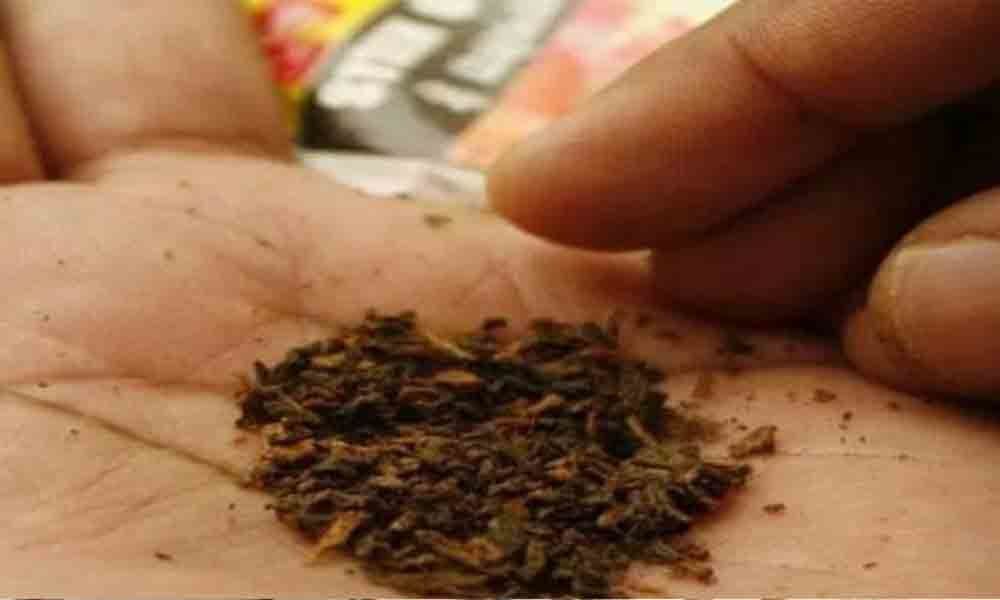 Seizure of about Rs 5 crores worth Gutka packets in various incidents and seizure of two Gutka manufacturing units at Karnapapaiah and Yerramreddy...

Kadapa: Seizure of about Rs 5 crores worth Gutka packets in various incidents and seizure of two Gutka manufacturing units at Karnapapaiah and Yerramreddy Palle villages in Pulivendula constituency indicates that Kadapa district is turning into hub for Gutka production and sale in recent years. Traders are bringing raw material like Butt powder, tobacco, and some chemicals in the form of liquids from Bengaluru and Anantapur and secretly manufacturing Gutka in the villages.

According to the sources, involvement of women in this illegal trade is larger in manufacturing and selling and they are earning good money. Some people give their houses for high rents in city for carrying the trade.

Interestingly, even educated people like doctors and lawyers, women and students are habituated to consume Gutka which is openly available at the tea points and pan shops across the district. This banned item is being circulated in the market with the name of 'Kaleja' 'Khainee' at cheaper price as the youth and women who were addicted to the wine and other narcotics consume it. Gutka packets are availableeven for Rs 5. According to sources, not less than Rs 25lakhs business is being done per day in the district.

Despite knowing that consuming Gutka is harmful, people take as they get intoxication with a price lesser than cheap liquor.

Recent surveys by police and transport officials disclosed that the main reason of occurring accidents with auto rickshaws are the drivers drive the vehicles consuming this banned item. Large number of lorry and cab drivers also consume Gutka knowing it harmful to health.