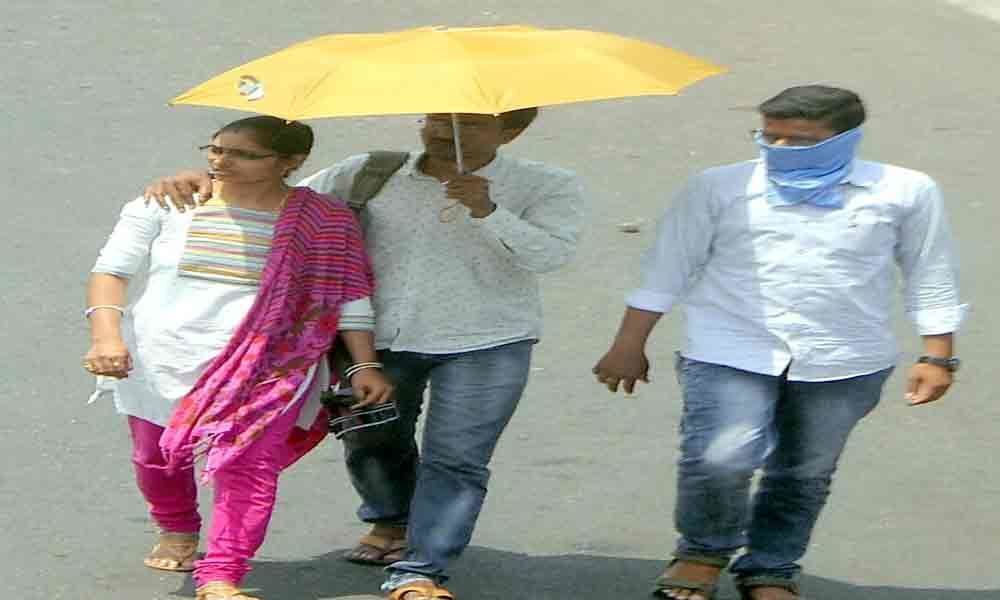 Vijayawada: Several areas in the state witnessed a high temperature on Friday also. The temperature crossed 47 degrees Celsius at Tripuranthakam in Prakasam district.

Vijayawada: Several areas in the state witnessed a high temperature on Friday also. The temperature crossed 47 degrees Celsius at Tripuranthakam in Prakasam district. Many mandals of this district recorded the highest temperature in the state.

The Andhra Pradesh Weather Forecasting and Early Warning Research Center a division of Real-Time Governance Society (RTGS) in its release said that Tripuranthakam mandal recorded the highest temperature at 47.10 degree Celsius followed by Mundlamur 46.51 degrees and Pedacherlopalli at 46.41 degrees Celsius.

Not only these two places, but most of Prakasam district witnessed simmering environment. As many as 18 mandals in this district have recorded between 44 degrees to 47 degrees, while Chittoor, Nellore and Kurnool and Kadapa are the other districts which recorded the highest temperature. Mercury scorched at 46.17 degrees in Vijayapuram, 45.72 degrees in Yerpedu, 45.58 degrees in Nagalapuram and 43.40 degrees in Tirupati mandals of Chittoor district.