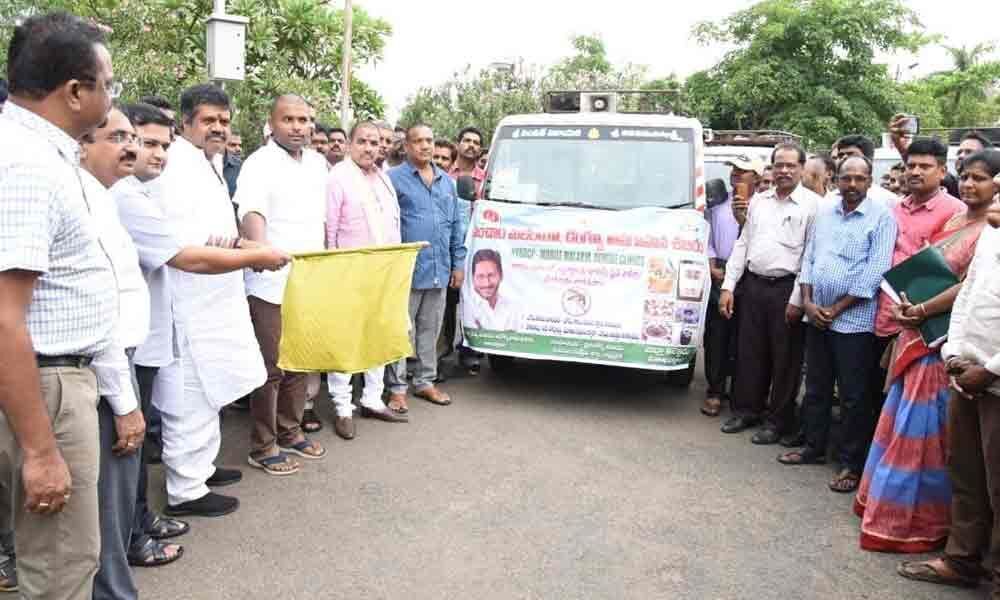 Tourism Minister Muttamsetti Srinivasa Rao has directed the officials concerned to ensure supply of seed and fertilisers to farmers in time.

Visakhapatnam: Tourism Minister Muttamsetti Srinivasa Rao has directed the officials concerned to ensure supply of seed and fertilisers to farmers in time. Similarly, steps should be taken to supply drinking water to people, he said at a review meeting held here on Tuesday.

The minister, who held a review meeting with the officials of agriculture and rural water supply and officials concerned, said the YSRCP government was committed to the welfare of farmers and initiating various measures in that direction.

Further, Srinivasa Rao underlined the need for adopting latest technology to achieve high yield. He also directed the officials to ensure supply of quality seeds to the farmers. The birth anniversary of Alluri Sitarama Raju would be celebrated at Pandrangi on a big scale by spending Rs.10 lakh, added the Minister.

Later, APEPDCL CMD Nagalakshmi Selvarajan met the Minister and enquired about the challenges faced in supplying uninterrupted power supply. Further Srinivasa Rao joined the inaugural of the mobile clinics launched in the city to diagnose malaria and dengue. About 23 such clinics will function in the district. The drive against the diseases was attended by District Collector V Vinay Chand and Anakapalle MLA Gudivada Amarnath, among others.