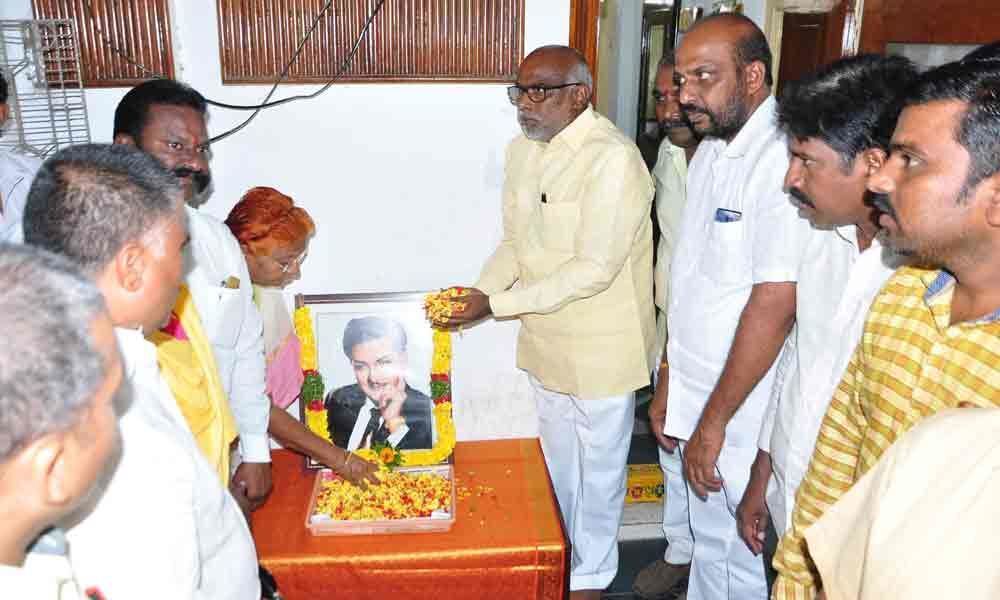 MLC Dokka Manikya Vara Prasad paid rich tributes to the late Chief Minister and TDP founder president NTR at his office in Guntur city on Tuesday on the occasion of the latter's 95th birth anniversary celebrations.

Speaking on this occasion, Dokka Manikya Varaprasad said NTR had introduced several welfare schemes for poor including Rs 2 kg rice scheme to provide food security to the poor and started constructing permanent houses to the poor. He reminded NTR had made a struggle for the self respect of Telugu people.

He recalled that the former Chief Minister N Chandrababu Naidu followed the footsteps of late NTR and implemented several welfare schemes for the poor. Later, he paid tributes to the portrait of NTR.