One woman injured in stampede at CM YS Jagan's residence 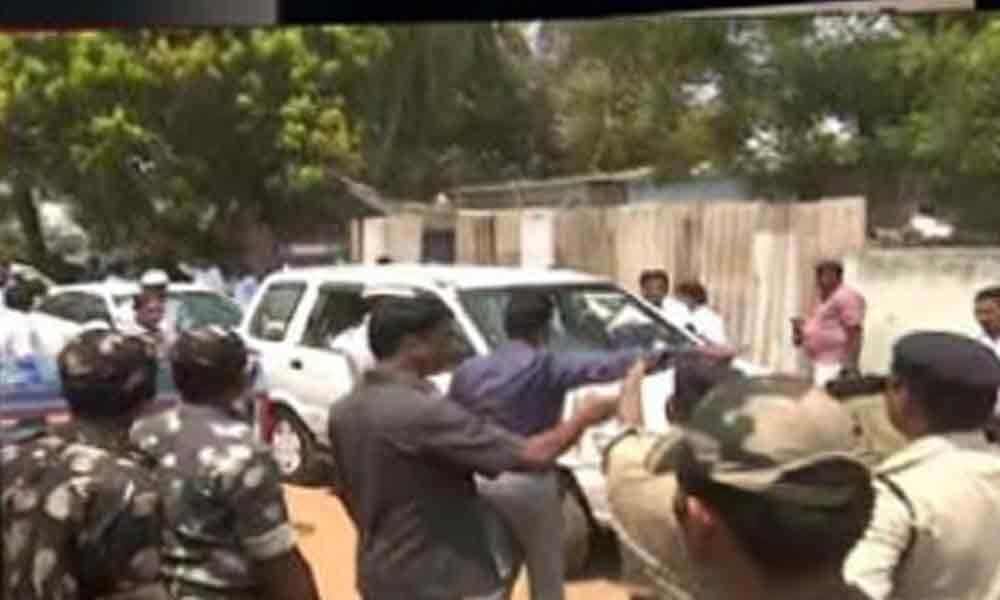 A tension prevails at the residence of Chief Minister YS Jagan Mohan Reddy in Tadepally in Guntur on Monday.

Amaravati: A tension prevails at the residence of Chief Minister YS Jagan Mohan Reddy in Tadepally in Guntur on Monday.

In the incident, a woman from Anantapur district has lost consciousness. She has come to Tadepally to meet with CM YS Jagan.

As it's in the news that CM YS Jagan is going conduct the Praja Darbar, with this huge number of people have turned up with their requests and complaints at the Tadepally CM camp office in the morning.

With the huge gathering, the police have arranged the barricades. The stampede happened when all the public rushed at once to meet the Chief Minister.

CM YS Jagan's Praja Darbar which is scheduled to held today has been postponed to 1st August. However, the people who were unaware of this have reached the CM camp office in large numbers. On knowing this matter, the public expressed their dissatisfaction.

CM YS Jagan wants to start the Praja Darbar with the intention to interact and hear the problems of the public and he decided to start the program form 1st July from his Tadepally camp office.

However, as per CM Camp office, the arrangements were not completed on time and due to the Assembly budget sessions this month the Praja Darbar is postponed to 1st August.