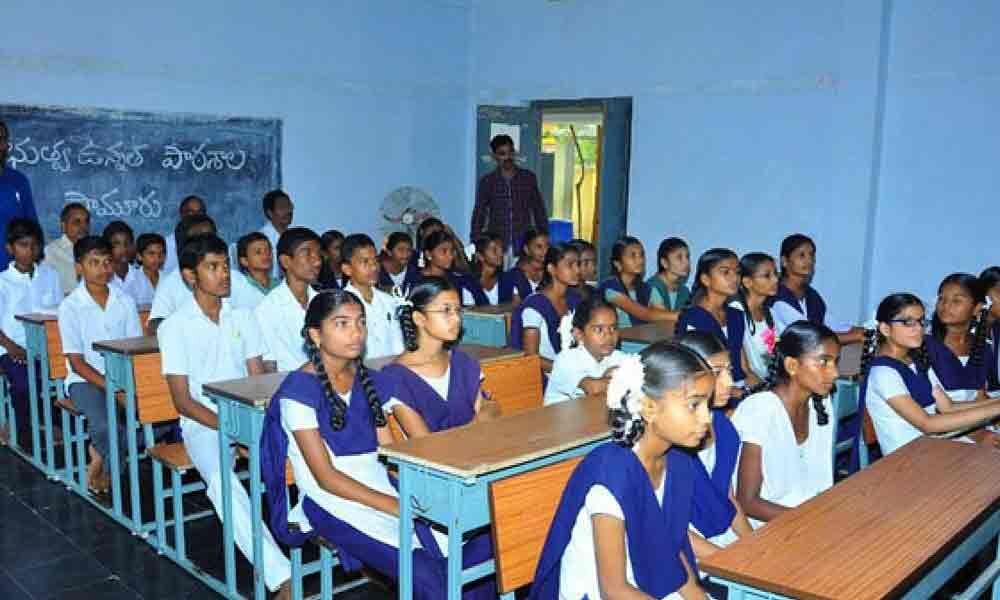 Parents of the government school students are demanding the government to increase stitching charges of uniforms as tailors are reluctant to stitch a...

The education department is collecting the bank account numbers of the mothers of the students of Class I to Class VIII to deposit Rs 80 towards stitching charges for two pairs. Uniform for the Class I and II girl students is body frock while it is skirt and shirt for girl students from Class III to V. Students from Class VI to VIII have to wear Punjabi dress. The interesting point is no tailor is ready to stitch a pair of uniforms for just Rs 40.

Stitching of boys' uniform also costs not less than Rs 200 per pair. But, the government has announced to deposit only Rs 80 in the accounts of mothers for two pairs of uniforms. The parents are demanding that the government pay at least Rs 200 for each pair as stitching charges. Many mothers of the students don't have bank accounts. Now they are rushing to the nationalised banks to open accounts.

But, some bank managers are reluctant to open the bank account with zero balance, because it is not useful to the bank. Some bankers feel that it is the waste of time and they don't get deposits from the poor and middle class families, who open with zero balance.

Some bankers are generously opening the bank accounts with nominal deposit of Rs 500 and some others are helping the parents opening zero balance accounts. All this depends on the manager and the bank rules.

Municipal Teachers Federation state secretary S Ramakrishna while describing stitching charges of Rs 40 per uniform "meagre", demanded that the government pay at least Rs 100 per pair. He said the government has to think about it and sanction more funds for it because school uniform is must for the students.

R Latha, a parent, said that she had to pay not less than Rs 800 as stitching charges for four pairs of uniforms for her two children. She reminded that they have to bear a lot of other expenses in the beginning of the academic year.

SC, ST Upadhyaya Sangham founder president S Simhachalam said the government has to increase the stitching charges as Rs 40 is insufficient. He sent a letter to a education minister A Suresh in this regard.

Due to boom in readymade textile market in the last two decades, tailoring has been on decline with the number of tailors coming down. Thousands of tailors have stopped the profession due to lack of income to sustain their families. In this backdrop, the tailors still engaged in the profession are reluctant to stitch uniforms at low charges of Rs 40 per a pair.