Pawan Kalyan spotted with wife Anna Lezhneva at the airport where is Jana Sena chief Traveling? 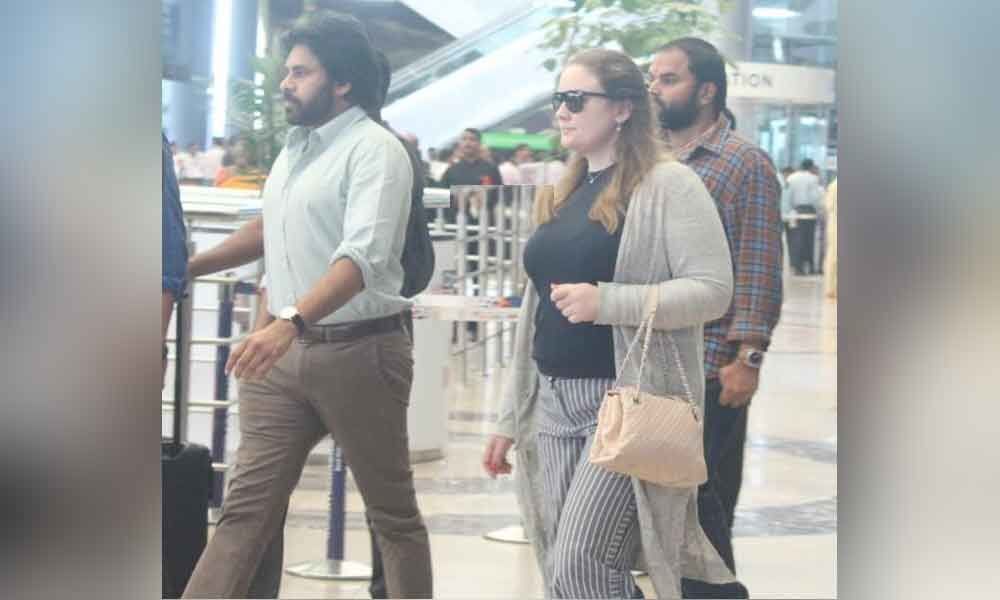 The Janasena Party Chief Pawan Kalyan was spotted at the Hyderabad air terminal today morning with his significant other, Anna Lezhneva.

The Janasena party chief Pawan Kalyan was spotted at the Hyderabad air terminal today morning with his Russian root Australian native spouse, Anna Lezhneva. Pawan Kalyan was clicked in his best formal look while his better half Anna was found in her movement comfortable symbol. The pair was all grins for the shutterbugs as they strolled in together at the air terminal. Pawan Kalyan's better half, Anna and their child, Mark Shankar as of late got the spotlight as they went to the 'Mega Family' event.

The star wife attended Sreeja's second daughter Navishka's 'Anna Praasana' occasion. Anna Lezhneva's image holding with the children of the Mega Family had turned into a web sensation via Social media. Discussing Pawan Kalyan, the previous entertainer was a piece of Chiranjeevi's birthday festivities as of late. At the occasion, Pawan Kalyan uncovered how his sibling once spared his life.

Pawan Kalyan stated, "When I failed my Intermediate Exams , I was devastated, My brother had a pistol with him, and I wanted to shoot myself with that. That was the degree of my distress. My brother looking at my depression, called me and said that bombing the tests was not an issue. He instructed me to breeze through the test whenever and to not get discouraged along these lines. He gave me the genuinely necessary consolation."