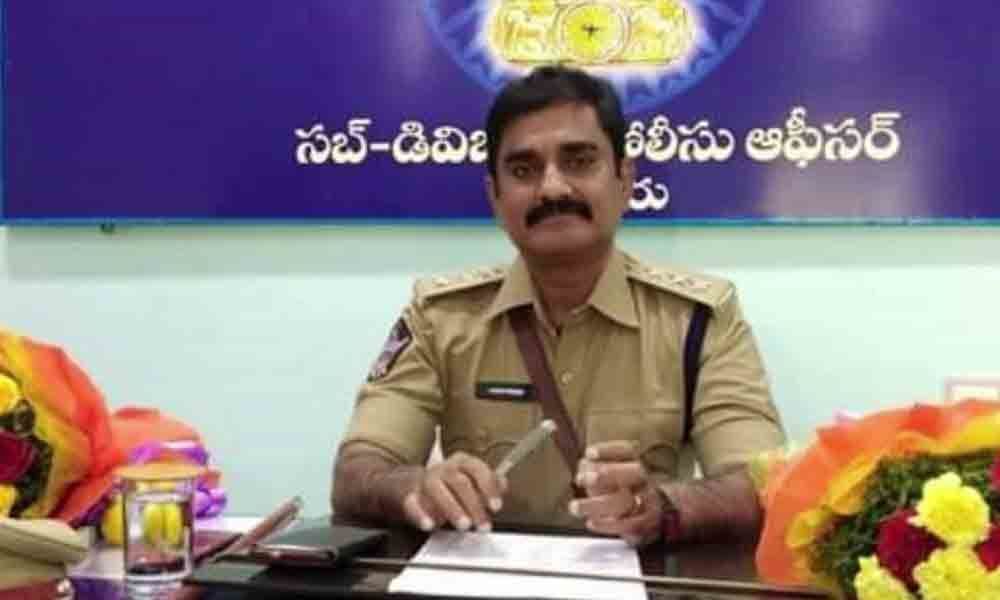 Nellore: Police nabbed three accused in the murder case of TDP local leader Chevuru Srinivasulu at Manubolu, who was killed at Madamanuru in Manubolu mandal recently and the accused were identified as K Rajendran, Devaraj Babu, and Chevuru Sarada.

Addressing the media at Manubolu police station on Wednesday, Gudur DSP J Babu Prasad said that Chevuru Srinivasulu Reddy (33) was killed on May 28 close to his house and the police registered a case.

"Chevuru Sarada, the wife of the deceased, is having an extramarital affair with K Rajendran from Thiruvalluru in Tamil Nadu for the last 7 years. Rajendran and Srinivasulu Reddy were also having disputes. Rajendran plotted to kill Srinivasulu Reddy along with two others including a minor," said the Gudur DSP.

Rajendran gave supari of Rs 50,000 to professional killers for eliminating Srinivasulu Reddy," he added. On May 28, the trio engaged for the murder had attacked Srinivasulu Reddy with knives and fled away from the scene. Suspecting the role of Rajendran, police collected details from his family members as part of investigation. Finally, Manubolu police held the accused on Tuesday, said the DSP.

The police launched a hunt to nab the remaining accused. Gudur Rural CI K Vamsidhar, Manubolu SI M Surya Prakash and others were present. In fact, the murder created suspicion on the role of politicos just after