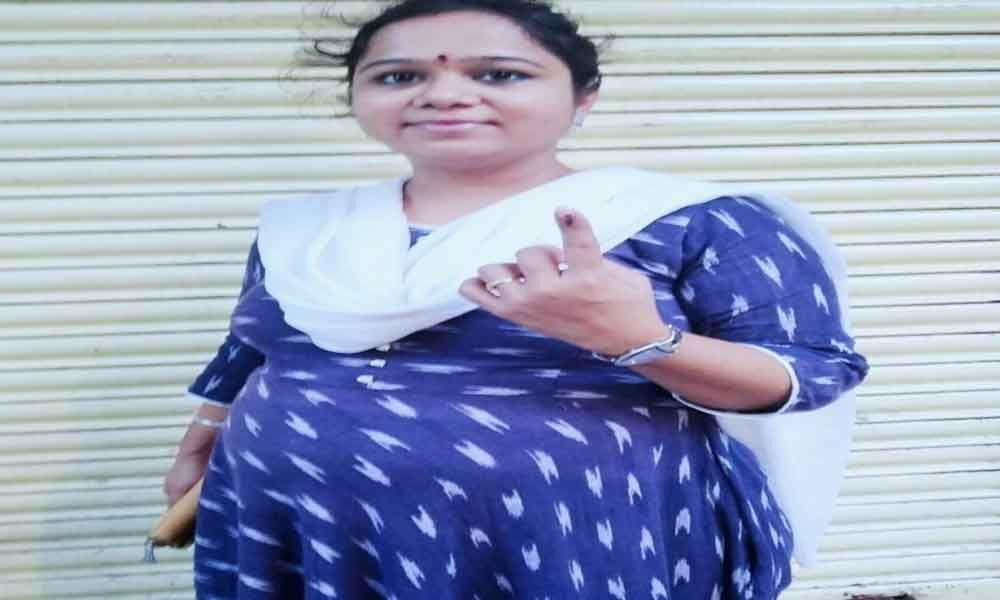 But the sultry weather did not break the spirit of pregnant women and first-time voters who appeared excited to cast their votes.

Visakhapatnam: With the temperature reaching 35 degree Celsius on Thursday, voting has become a herculean task for many in the city. But the sultry weather did not break the spirit of pregnant women and first-time voters who appeared excited to cast their votes.

Special arrangements were made for pregnant women at the polling booths. With the Election Commission taking up measures by providing chairs and drinking water to the voters, the task became much easier for these voters. These women who are in their third trimester of pregnancy feel that they are creating a better future for their unborn children by exercising their franchise.

Voicing her opinion on democracy M Satyamma, who is in advanced stage of pregnancy, said that it was her responsibility to create a better future for her child by electing a selfless leader. She further added that people who don't cast their votes do not have any right to raise their voice against government as well.

Realising the need to cast vote these 'to-be-mothers' inspired people with their firm determination to step out of their homes. P Manasa, an eight-month pregnant woman came from Hyderabad to cast her vote. She says, "I am hopeful that my efforts don't go in vain. I travelled nearly for 20 minutes to cast my vote. I am happy that they allowed me to exercise my franchise as soon as I entered the polling station."

Like the future mothers, first-time voters too appeared cheerful after utilising their constitutional right. They are positive that their vote would pave a way for further development of the State and the nation. K Bhargav, an MBA student said, "I feel like I have achieved something today because this is the first responsible step I have ever taken in my life."