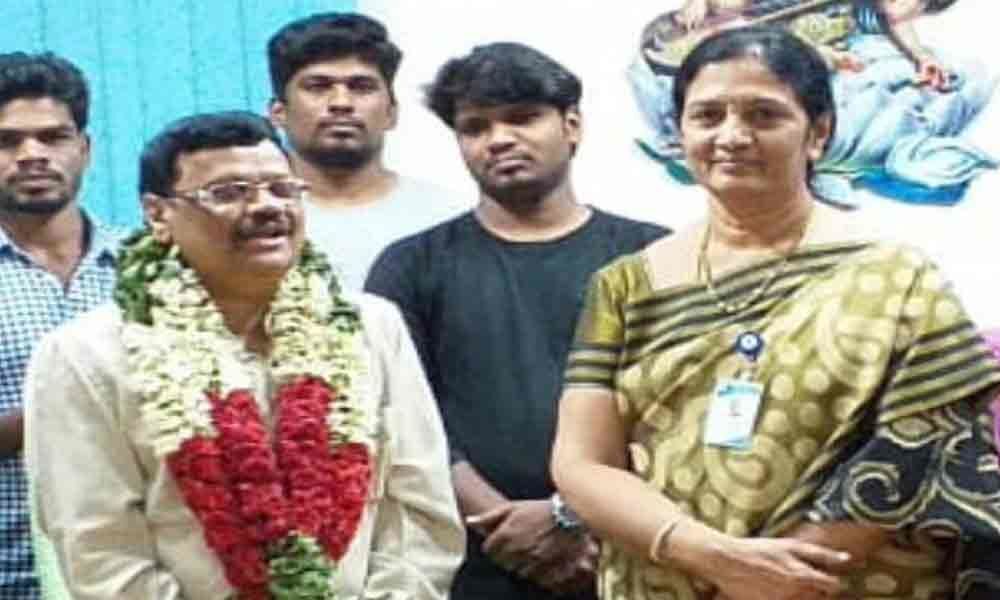 Prof Matcha Bhaskar has been appointed as Rector of the Sri Venkateswara University (SVU) in place of Prof Janakiramaiah.

Tirupati: Prof Matcha Bhaskar has been appointed as Rector of the Sri Venkateswara University (SVU) in place of Prof Janakiramaiah. It may be noted that a student union released an audio and alleged Janakiramaiah was corrupt. They accused Janakiramaiah of collecting money from private BEd colleges. SVU V-C Prof VVN Rajendra Prasad formed a high-level committee to probe into the allegations levelled against Rector.

On receiving the report, the V-C asked Janakiramaiah to tender resignation on Thursday morning. Immediately, he resigned for the Rector post. In his place, Matcha Bhaskar was appointed. Bhaskar had served as Rector a year ago when A Damodaram was V-C.