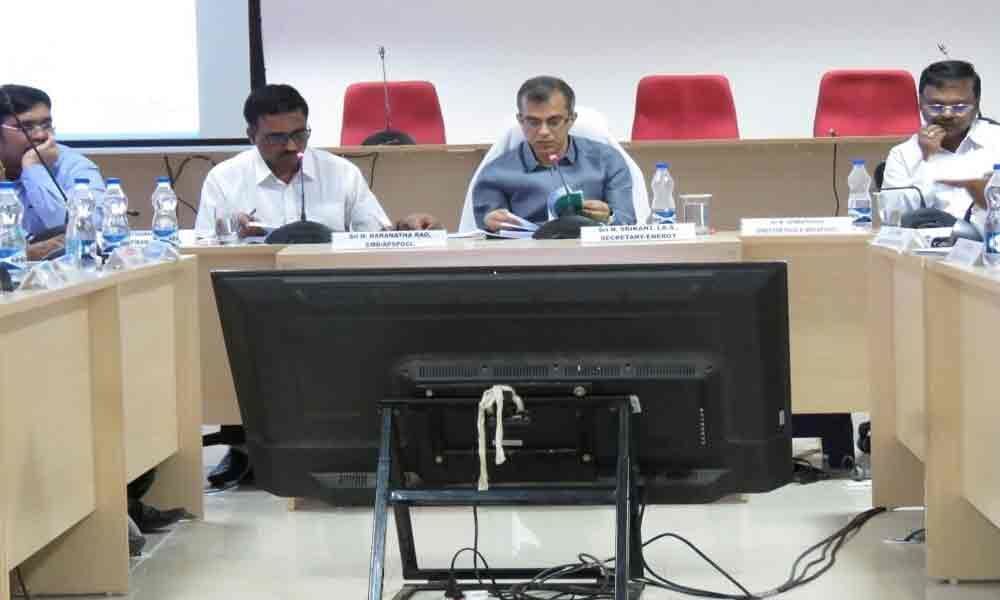 Srikanth on Tuesday held a meeting with SPDCL officials to review the progress of development works taken up under various schemes and also power supply to various sectors. He said as the State government is keen on providing quality power supply to farmers for nine hours, the officials should give top priority to fulfil it.

In the review, he found that the power dues was comparatively more in SPDCL and directed the officials to take a drive for collection of dues in the districts under the purview of SPDCL and also step up austerity measures by avoiding unnecessary expenditures to improve performance as well as to cut down distribution and transmission losses.

He also sought the officials to complete the recruitment of Junior Linemen in transparent manner giving no scope to any criticism. Energy Secretary while reviewing the development works including the underground power lines work in the pilgrim city urged the officials to strive for time bound completion of the works taken up under various schemes. SPDCL Chairman and Managing Director Haranatha Rao, DISCOM directors and other officials were present.