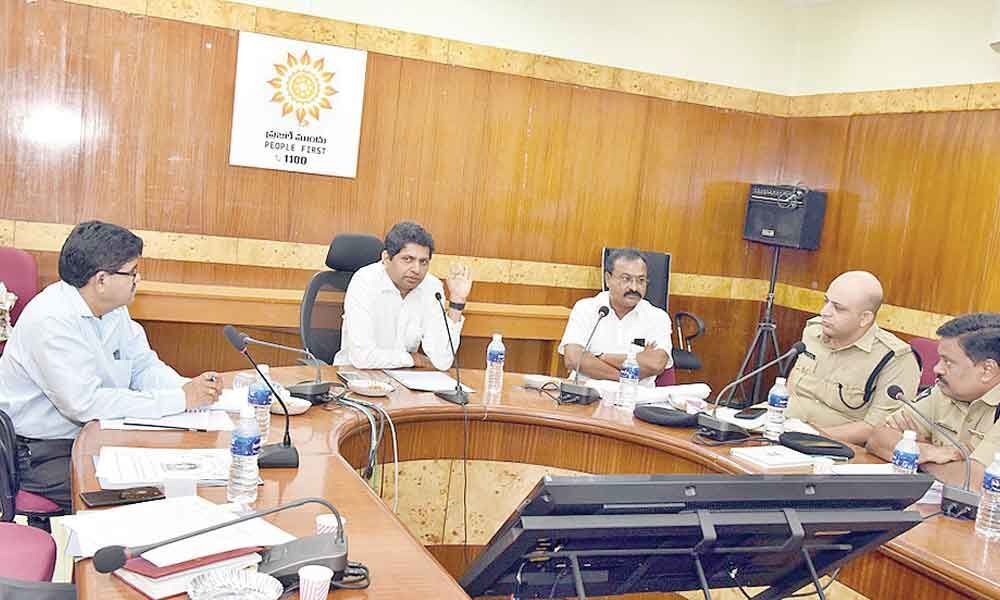 Collector K Bhaskar directed the endowment officials to provide Srivarahalakshmi Nrusimha Swamy ‘Nijaroopa’ darshan to all the devotees who stand in queue lines before 7 pm on May 7.

Visakhapatnam: Collector K Bhaskar directed the endowment officials to provide Srivarahalakshmi Nrusimha Swamy 'Nijaroopa' darshan to all the devotees who stand in queue lines before 7 pm on May 7. The Collector also directed the officials to allot time schedules for VIPs visits to ensure hassle-free darshan to common devotees.

Reviewing the arrangements for mega event in north coastal districts on Saturday, the Collector directed the officials to set up control rooms one at up hills and one at down hills for a better coordination between the departments to ensure hassle-free darshan to all the devotees. The VIP tickets also to be sold at Rs 1,200 and Rs 1,000 while special darshan tickets at Rs.500 and Rs.200 this year, the collector informed.

The bus services would be stopped on May 6 and 7 from 4 pm from down hills to up hills and after the event, the services from up hills to down hills would be operated after 6 pm on both days, the collector directed the officials.

According to the Devasthanam officials, this year also over 2.5 lakh devotees are expecting for nijaroopa darshan. Not only from north coastal districts, thousands of devotees from Odisha, Chattisgarh and some parts in the West Bengal visit Visakhapatnam to witness the nijaroopa darshan.

Executive Officer of Sri Varahalakshmi Nrusimha Swamy Devasthanam K Ramachandra Mohan explained about the arrangements from department. APSRTC, police, revenue, endowments and GVMC officials attended to the meeting and informed their share of work to the Chandanotsavam.