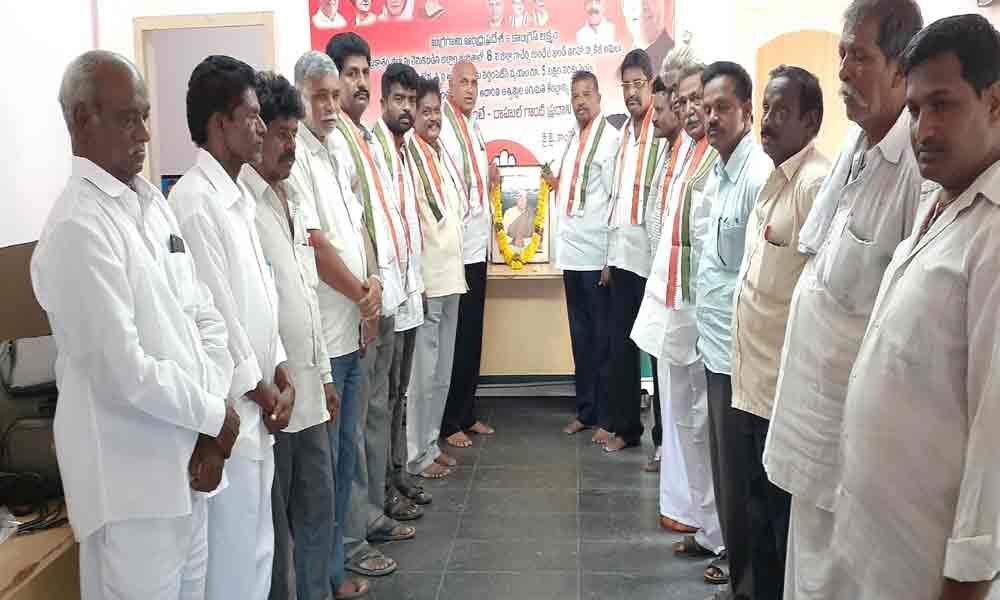 Ongole: The Prakasam district congress committee paid rich tributes to former Prime Minister Rajiv Gandhi by garlanding his portrait at the DCC office here on Tuesday. DCC president Eda Sudhakar Reddy speaking on the occasion said that Rajiv Gandhi put many efforts to develop the country and sacrificed his life in the fight against terrorism.

He said that Rajiv Gandhi dreamed of developing the villages to boost the development of the country and introduced radical reforms in the panchayat raj system to fund the panchayat directly. Sudhakar said that the former Prime Minister was the man behind the entry of computers, internet, and mobile phones into the country and generate crores of jobs to the youth.

He said that it was a moment of pride to be in the same party that once served by the visionary leader Rajiv Gandhi and promised to work for the fulfilment of his ideology. Ongole town president Sripati Prakasam, PCC secretaries Yadala Rajasekhar, Gade Lakshmareddy, Sevadal Subbarao, youth congress district president S Satish and others also participated in the programme.