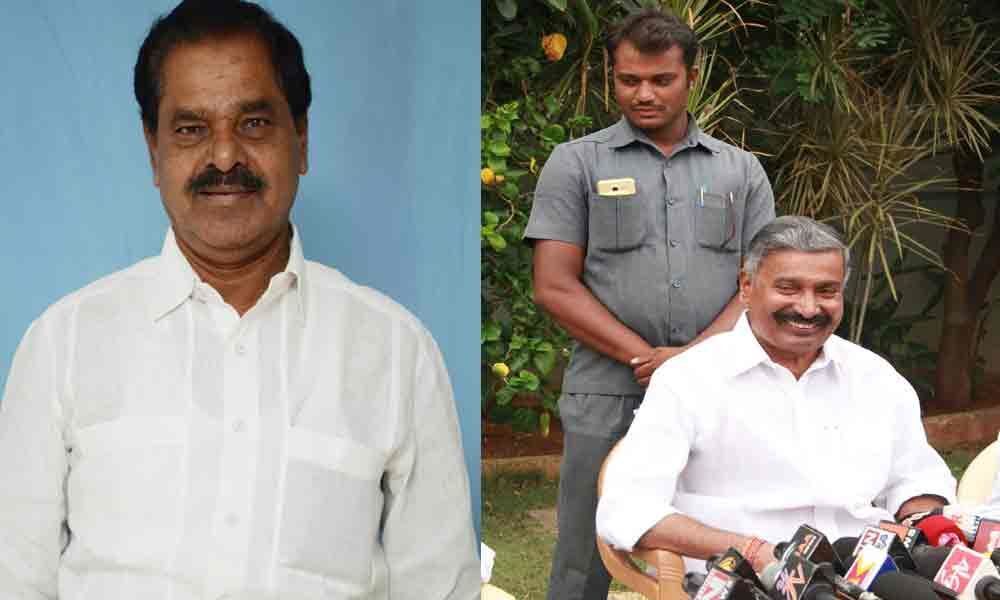 Two MLAs from Chittoor district will be inducted in the cabinet of Chief Minister YS Jagan Mohan Reddy.

Tirupati: Two MLAs from Chittoor district will be inducted in the cabinet of Chief Minister YS Jagan Mohan Reddy. Though there were many aspirants for the ministerial berths, as expected party senior leader, former Minister and Punganur MLA Peddireddi Ramachandra Reddy got the chance to become Minister again.

GD Nellore MLA K Narayana Swamy was also selected to become the Minister by Jagan. He won the elections once from Satyavedu and twice from GD Nellore reserved constituencies and has been working as party district convenor. He is becoming the Minister for the first time. The two ministers will sworn-in as Ministers on Saturday in Amaravati.