Repolling for 2 booths in Guntur, total polling is 76.67 pc in state 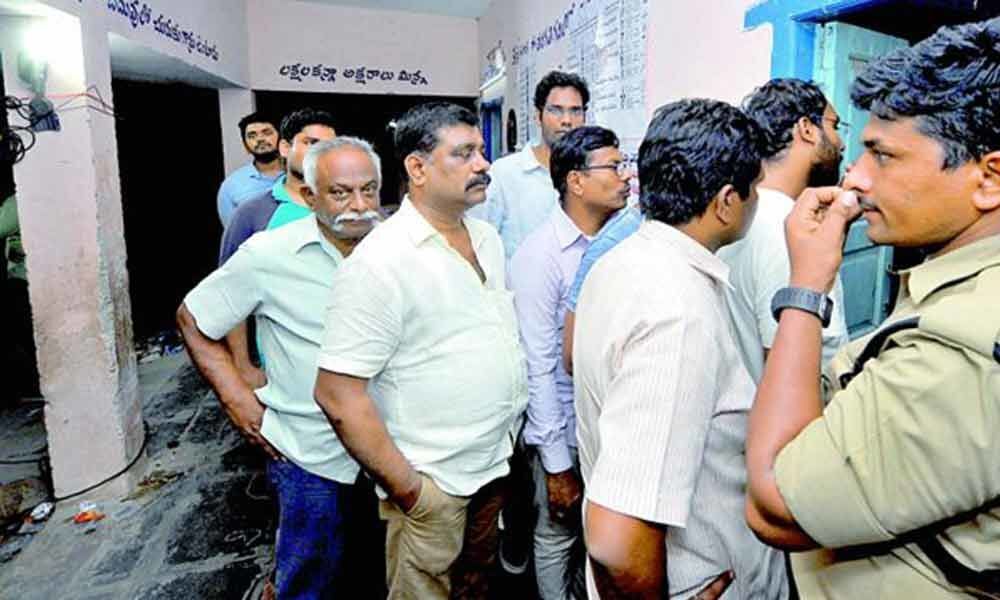 After scrutiny, the election authorities have realized that there is need for repolling at two polling booths in Guntur district.

Amaravati: After scrutiny, the election authorities have realized that there is need for repolling at two polling booths in Guntur district.

He explained that based on the report submitted by Guntur district collector, they have sent these two polling booths details to Election Commission of India for conducting repolling.

On the other hand, though the Election Commission expected about 80 percent polling, the statistics revealed that only 76.69 percent in the state by the end of polling, which continued till midnight at some polling booths in the state due to certain technical problems in the EVMs.

Out of the thirteen districts, both Prakasam and Vizianagaram emerged as number one in percentage of polling wise with 85 percent districts average polling. East Godavari is the second top district in the state with 81 percent of polling, then Guntur emerged as third one with 80 percent polling.

Least percentage of polling witnessed at Kadapa, West Godavari and Visakhapatnam with just 70 percent. These three are around 7 percent below to the state average. Srikakulam 72 percent, both Kirshna and Chittoor 79 percent, Nellore 75 percent, Kurnool 73 percent, Anantapur 78 percent votes polled by the end of polling.

Dwivedi thanked everyone who participated in the voting and who worked for the smooth conduct of elections.