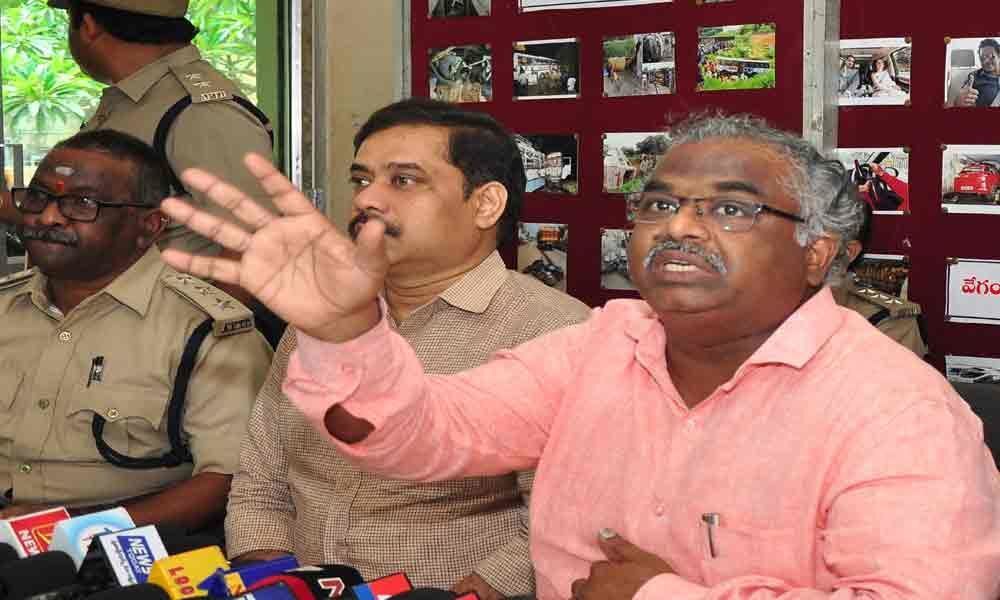 Krishna District Transport Department has conducted a meeting with drivers and managements of private travel operators here on Friday.

Vijayawada: Krishna District Transport Department has conducted a meeting with drivers and managements of private travel operators here on Friday. The officials of Transport department arranged a counselling programme to them to create awareness on problems with drunk and drive. The Private Travels' Managements Association also reacted positively and assured the officials that they would take precautions in this regard.

Krishna District Deputy Transport Commissioner E Meera Prasad warned the private travels' operators to take care of those drivers, who drive buses in drunken condition. The RTA would take severe action against such drivers and operators, he warned and reminded them on the recent raids and arrest of those drivers.

The Private Travels Association leader Medikonda Murali Krishna stated that they have formed association only four months ago. He said even they were taking precautions to handover the vehicles to drivers when they were in good condition but some of them consume liquor in the middle of journey. It is main problem to them at present, he said and added that they would take all the responsibility. Some other private operators were also present in the counselling.