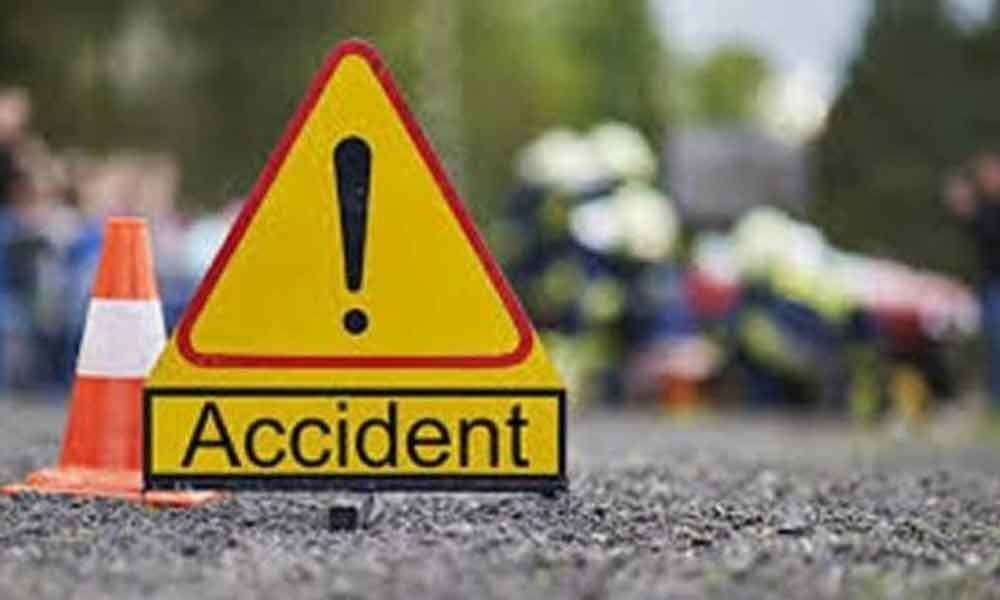 As many as nine persons sustained injuries when a Bangalore bound TS RTC Garuda bus rammed into a lorry.

Kurnool: As many as nine persons sustained injuries when a Bangalore bound TS RTC Garuda bus rammed into a lorry. The incident took place at Kambalapadu circle under Dhone police station limits on Saturday morning.

According to information, Telangana State Road Transport Corporation bus is known to be heading to Bangalore from Hyderabad. When the bus reached Kambalapadu circle under Dhone police stations limits it rammed into a lorry in front of it. In the incident 9 passengers were known suffered injuries.

All the injured were rushed to Kurnool General Hospital for treatment. The reason behind the incident was rash driving of the bus driver.