RTC unions threaten strike 'at any moment' after May 22 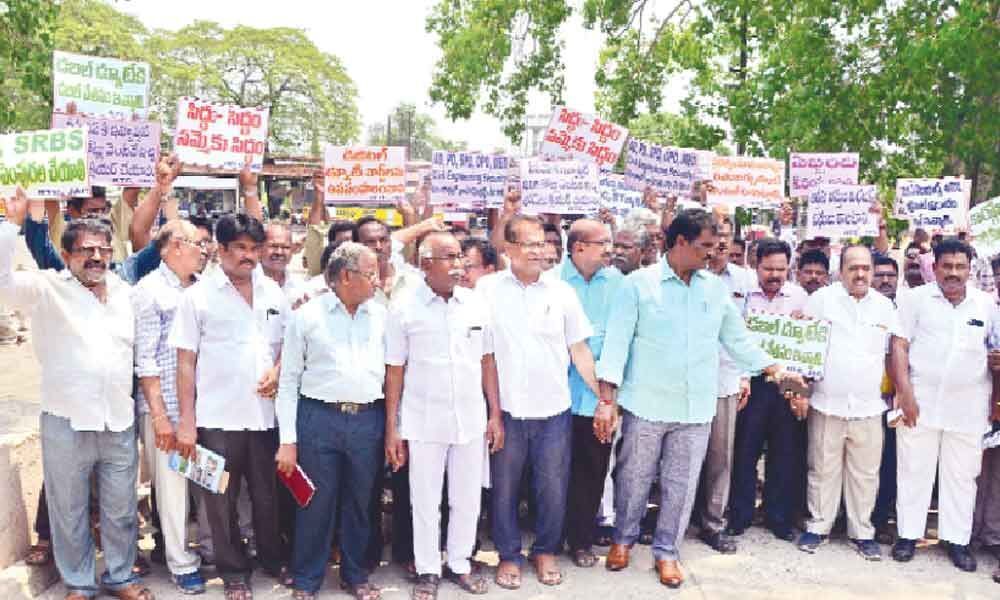 It may be noted that National Mazdoor Union has already served strike notice on Wednesday.

On this occasion, they said that they would make strike arrangements from May 10 across the state.

The leaders of 10 unions part of the JAC said that the RTC made plans to cut staff by 4,000 and also had not been filling vacant posts though they had been lying vacant for the last several years.

The RTC removed 12,000 employees during the last five years, they said.

They said that they withdrew strike following the assurance given by state government in the past. But the government failed to implement the assurances, they said and added that the management was provoking the employees though they are making strike arrangements peacefully

The leaders called upon the employees get ready to join the strike at any moment after May 22. They also asked the government to drop plans to privatise the corporation.

They requested the RTC management to discuss the issues with employees immediately to arrive at a solution.