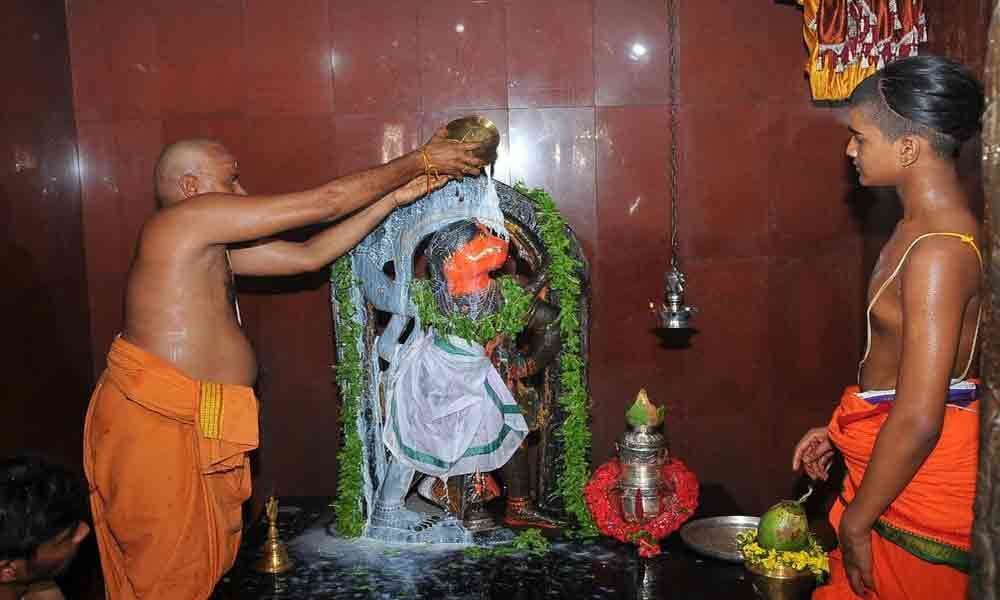 Special Pujas were performed to Lord Veeranjaneya at Veerajaneya Swamy temple in Guntur city on Sunday as a part of Hanuman Jayanti Celebrations.

They performed special pujas and distributed prasadam to the devotees. A large number of devotees visited the temple and performed the pujas to Lord Veeranjaneya Swamy to fulfil their wishes. Devotees believe that if they perform puja to Lord Veranjaneya Swamy their problems will be solved. Later, cultural programmes were conducted.