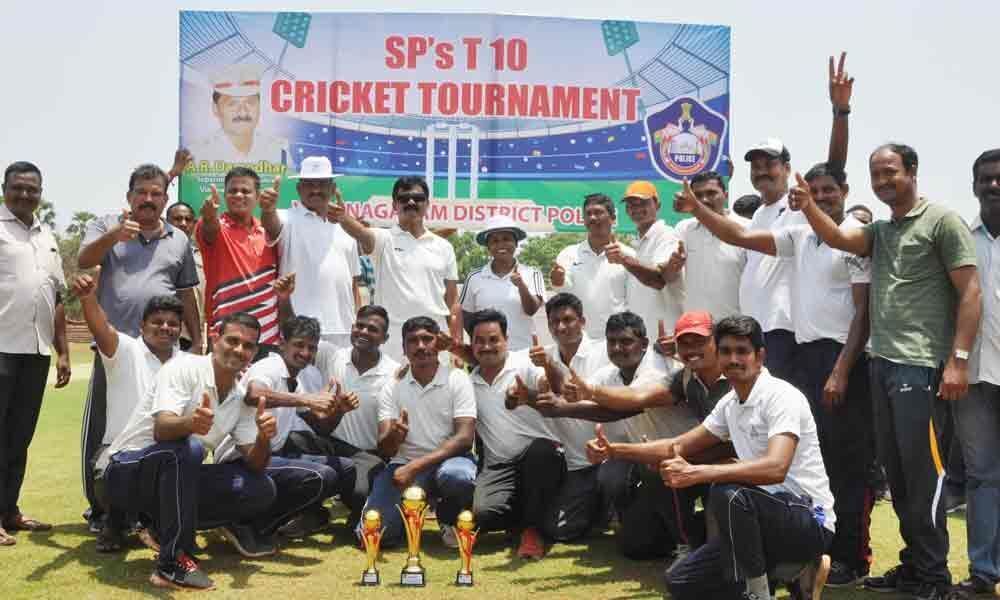 A friendly cricket match between police and media is organised here to build up a friendly relationship between them.

Vizianagaram: A friendly cricket match between police and media is organised here to build up a friendly relationship between them. One team from media persons and two teams from police persons were played in the match at Vijji Stadium. The first match was organised between Vizianagaram division and AR police team.

In second match, the Parvathipuram division won over Bobbili sub-division. Final match is organised between district police team and media team. SP AR Damodar stated such games would help to build up a friendly bond between both media and police. "The sports are very much helpful to refresh our mind, soul and body," he said. Officers J Rammohan Rao, Gowrhami Shali, D Surya Sravan Kumar and circle inspectors have participated.