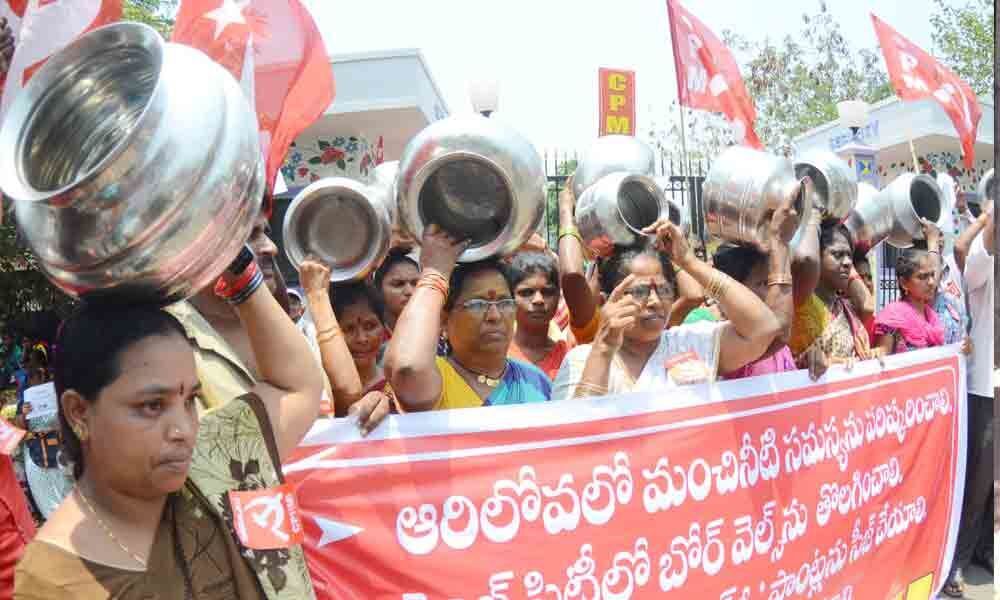 x
Demanding the GVMC to supply drinking water to their residential areas in and around Arilova, women staging a protest before GVMC building in Visakhapatnam on Monday.
Highlights

The State government has announced 29 mandals as drought-hit in the district on Monday.

Visakhapatnam: The State government has announced 29 mandals as drought-hit in the district on Monday.

According to the government orders, the Director, School Education has directed the officials to provide midday meal at all the government, local body and aided schools during the summer holidays.

District Educational Officer B Lingeswara Reddy directed the all the MEOs, Head Masters of schools and other teachers of schools in the drought-affected mandals to arrange the midday meal to the students from April 24 to till the schools reopen.

The DEO also directed the officials and Head Masters to contact the regular suppliers of the eggs to continue their supply in the summer holidays. There will not be any change in the menu. The Head Masters were also directed to raise indents for the material.