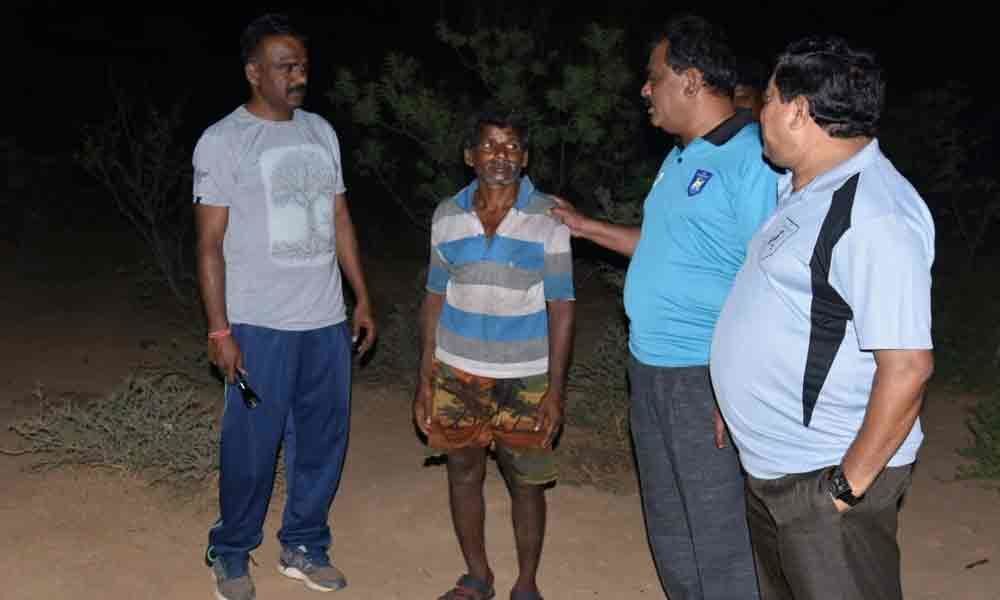 At about midnight, they were alerted by a SPO (special police officer) team. The Task Force divided into two batches along with a group of SPOs, moved in search of the smugglers. They noticed 12 smugglers carrying red-sander logs and moving towards the exit point. The night vision goggles were helpful to the Task Force combing team in the forest.

After noticing the smuggler moving towards the forest exit point, Task Force RSI Vasu informed his higher officials to send additional forces to the exit point. When the smugglers

were nearing the exit point, the additional task force team spotted them and chased them while the combing party also reached the area, in the early hours on Sunday.

The smugglers ran away leaving the logs. The task force managed to nab a fleeing smuggler identified later as Velayan from Kalvarayanmalai area in Tamil Nadu. Velayan revealed that the 12 member smugglers gang entered the forest 9 days ago to cut red-sander trees. The Task Force recruited 150 youth to work as SPO who were deputed in various places near the forest area.