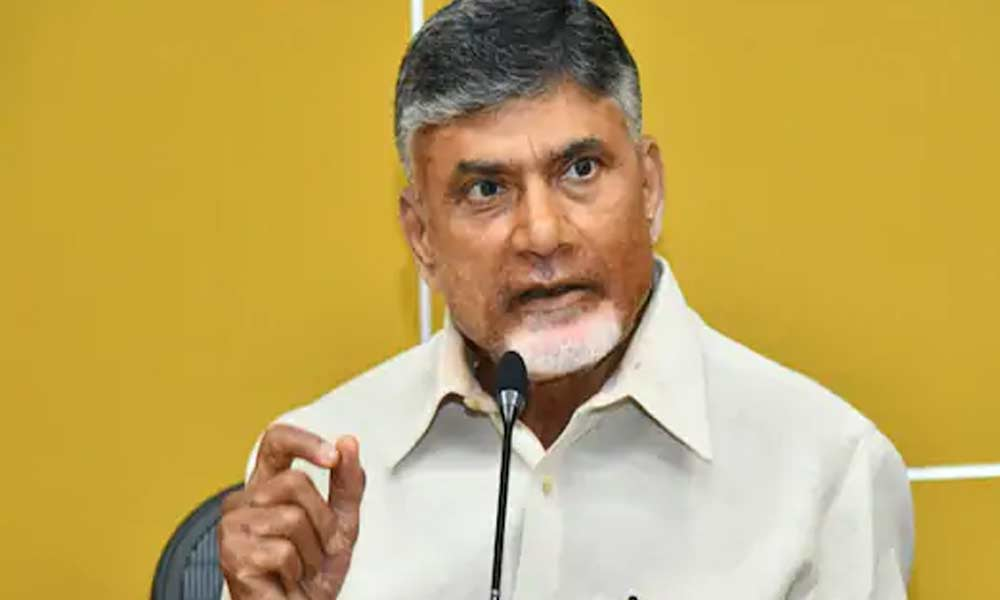 New Delhi: Telugu Desam Parliamentary Party here on Tuesday urged the Election Commission of India (ECI) and the Union home ministry to immediately intervene in the ongoing byelection to the Tirupati SC Lok Sabha constituency and ensure a level playing field to all parties.

Citing the alleged attack on the meeting of TDP national president N Chandrababu Naidu "as an attack on democracy", the MPs demanded the immediate deployment of Central forces in the constituency to prevent further danger to the lives of the TDP leader.

Accusing the local police of colluding with the state government and the YSRCP leaders, the MPs stated that in addition to the Central forces, external observers at Assembly constituency level and micro observers on polling day must also be deployed. Installation of CCTV cameras and security to all leaders and contesting candidates should also be ensured.

"The elections are coming under a cloud of undemocratic and violent politics. Therefore, it is significant that the Election Commission intervene directly and monitor the byeelection in Tirupati. Ever since the YSR Congress Party came to power in Andhra Pradesh, there has been an increase in violent attacks on the opposition TDP. These attacks are orchestrated by the ruling party with a view to deter TDP leaders, cadres and sympathisers, while simultaneously instilling a sense of fear among the public. The recently concluded local body elections in Andhra Pradesh stand testimony to the violence unleashed by the YSRCP," they said.

"The meeting of Chandrababu Naidu was attacked by some goons by pelting stones in order to threaten TDP leaders, cadres and general public. It appears that there is a political conspiracy behind this attack on the meeting of Chandrababu Naidu. The police during and after the incident have acted complacently raising doubts that they are sailing with the ruling YSRCP," they said.

The MPs were apprehensive that the local police would not conduct a proper investigation into the case at all. An inquiry should be conducted by the ECI and action must be initiated, they said.

They said the YSRCP was resorting to all unfair means like using fake ID cards and also threatening even voters to win the elections. These tactics were used even in the previous local body elections. Similarly, the YSRCP was also grabbing all postal ballots forcibly, they said.

Pointing out that ensuring free and fair elections was the duty of the ECI, they said the home ministry should ensure that the ECI could succeed in preserving the democratic traditions of the country. The MPs attached the media reports in support of their allegations too. Galla Jayadev, K Ravindra Kumar, K Rammohan Naidu and Kesineni Srinivas (Nani), all MPs were the signatories to the memorandum.