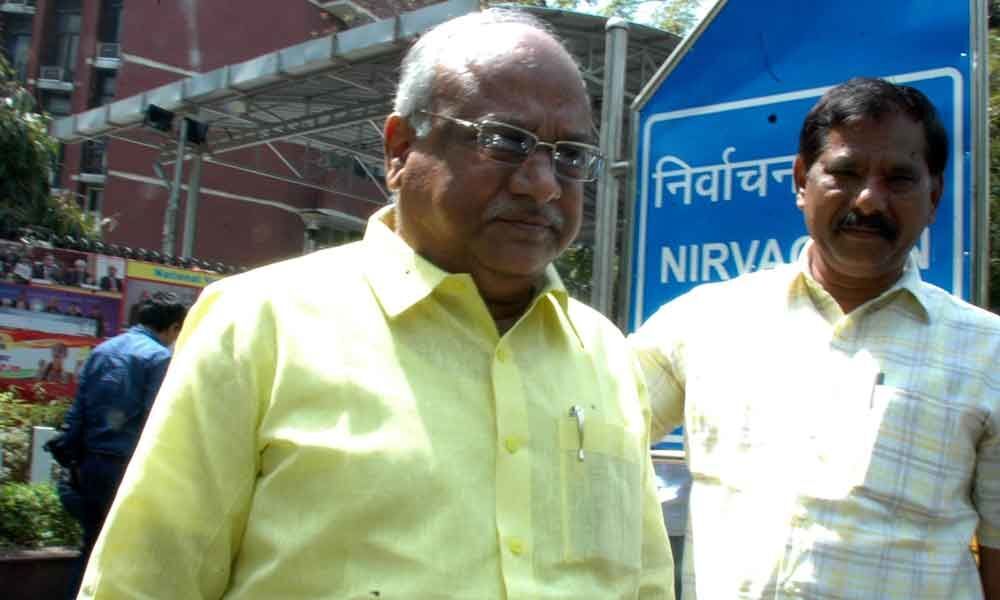 The Telugu Desam Party in a representation to the Election Commission of India here on Friday brought to its notice the misuse of Sakshi, vernacular newspaper, for publishing publicity material

New Delhi: The Telugu Desam Party in a representation to the Election Commission of India here on Friday brought to its notice the misuse of Sakshi, vernacular newspaper, for publishing publicity material and distributing the same free of cost throughout the State and for printing party publicity material in its presses throughout the State in large quantities without accounting it for the expenditure.

Rajya Sabha member and president of TDP Legal Cell Kanakamedala Ravindra Kumar and former MLC Jupudi Prabhakar Rao in the representation to the ECI, stated that the Sakshi, Telugu newspaper which has 13 printing presses in 13 districts of AP, has been printing YSRCP pamphlets, posters, booklets, flags, and other publicity material in large quantities and distributing the same using Sakshi newspaper vans across various constituencies in AP.

Moreover, the printed material does not include the name of the printer Jagati Publications, owned by the family of YS Jaganmohan Reddy, they said.The TDP leaders also said that they came to know that 50,000 copies of Sakshi newspaper is being distributed per district free of cost at places where people gather such as tea shops, village centres, and community halls.

They said that it was also learnt that the Sakshi newspaper vans are being used to transport money to be distributed to the voters in the guise of media vehicles. "If the police check the vehicles, the YSRCP leaders are flaying that they are being harassed by the TDP," they said.

The TDP leaders also pointed out that Vijaya Sai Reddy, the second accused in the illegal assets case of Jaganmohan Reddy is seen almost every day on the premises of the Election Commission only to divert the attention of the ECI. They appealed to the Election Commission to position the Central forces at all the Sakshi printing presses and check the media vehicles to stop transporting of huge amounts to bribe the voters.