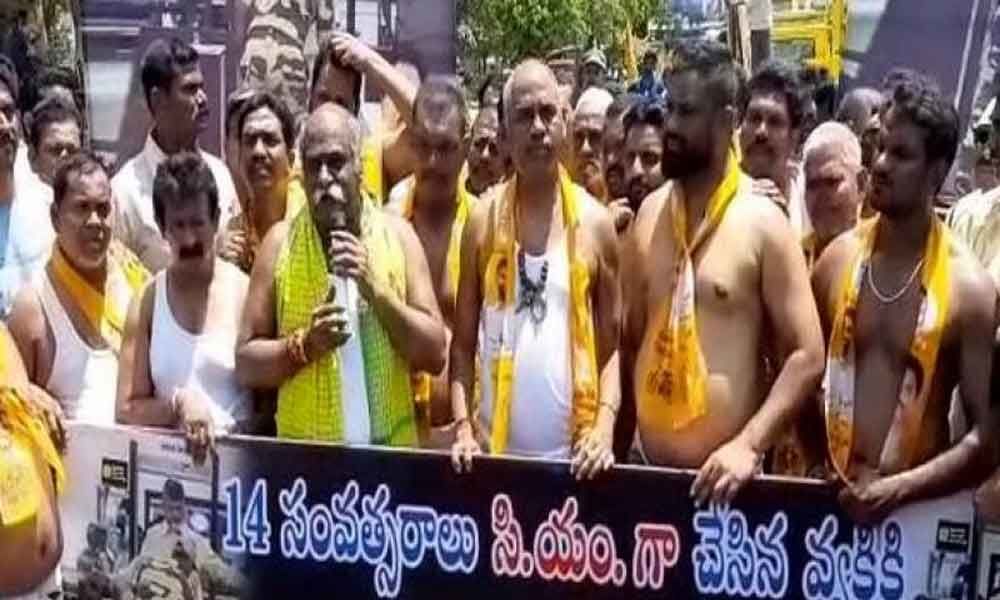 Vasupalli Ganesh Kumar and Velagapudumi Rama Krishna alleged that Naidu was frisked like an ordinary passenger at Gannavaram Airport and denied VIP access to a Hyderabad-bound aircraft.

Speaking to ANI, Vasupalli Ganesh Kumar said: "Chandrababu Naidu was frisked like a common man. He went inside the airport without security and pilot vehicles."

He further said that Naidu is on the hit list of Naxals, still, the government withdrew his security in order to "take revenge".

"He has served the state as Chief Minister for 14 years and remained under Z+ category security throughout. If anything happens to him, the state will be burned," he added.

Naidu's TDP faced a severe drubbing at the hands of Jagan Mohan Reddy's YSRCP which got an absolute majority in the 175-member Assembly by winning 151 seats.