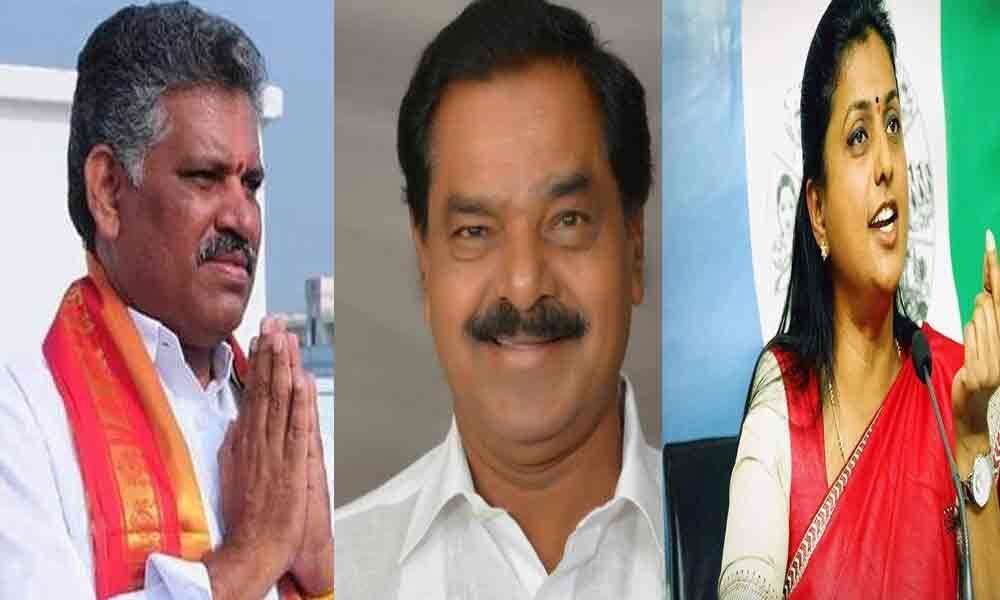 The counting of votes in the Assembly and Parliamentary elections has brought in more surprises for the people in the district.

Tirupati: The counting of votes in the Assembly and Parliamentary elections has brought in more surprises for the people in the district. YSRCP candidates swept the polls completely barring the only exception of TDP Chief N Chandrababu Naidu at Kuppam. This was the poorest performance of TDP in the district since its inception.

Though, the party was not dominating by winning majority of seats in the district for the last four elections though it was the home turf of Naidu, it used to win at least a sizeable number of seats. During 2014 also, they won six seats while YSRCP has won eight.

Later, N Amaranatha Reddy who won on YSRCP ticket from Palamaner has joined TDP bringing the tally to seven each to TDP and YSRCP. But, this time TDP has to settle down with only one seat after losing all 13 remaining Assembly and three Parliamentary constituencies that spread in the district. This made the TDP leaders to maintain silence as they could not come out of shock yet. Even more worrying factor was the majorities by which YSRCP candidates have won the election.

In the Assembly elections, among 13 YSRCP winning candidates, 10 candidates have won with a margin of over 28,000. Only three candidates–B Karunakar Reddy (Tirupati) has defeated M Suguna of TDP by 708 votes, RK Roja (Nagari) got 2,708 votes majority against G Bhanuprakash of TDP, C Ramachandra Reddy (Piler) won with 7,818 majority on P Kishore Kumar Reddy.

Among others the only winner from TDP at Kuppam, N Chandrababu Naidu has won with a majority of 30,309 votes against YSRCP's K Chandramouli. Adimulam Sekhar has defeated J Rajasekhar by 44,744 votes in Satyavedu; B Madhusudan Reddy defeated B Sudhir Reddy by 38,118 in Srikalahasti; Chevireddy Bhaskar Reddy got 40,084 votes majority against P Nani in Chandragiri; M Babu has won by 28,679 votes against L Lalitha Kumari in Puthalapattu and K Narayana Swamy defeated A Harikrishna by 45,415 votes in GD Nellore.

In Chittoor, A Srinivasulu secured a majority of 39,968 against AS Manohar whereas P Ramachandra Reddy won Punganur seat by 43,555 majority against N Anisha Reddy. N Venkate Gouda has defeated minister N Amaranatha Reddy in Palamaner by a margin of 30,945 votes whereas M Nawaz Basha got elected with a majority of 29,648 votes against D Ramesh in Madanapalle. In Thamballapalle, P Dwarakanath Reddy has won the election by 46,938 votes against G Shankar Yadav.

Another former MP Chnta Mohan could secure only 24,039 votes. Interestingly, all three members from same family – Peddireddi Ramachandra Reddy from Punganur, his brother from Thamballapalle and his son PV Midhun Reddy from Rajampet Lok Sabha seat have contested on YSRCP ticket and all three have emerged victorious.