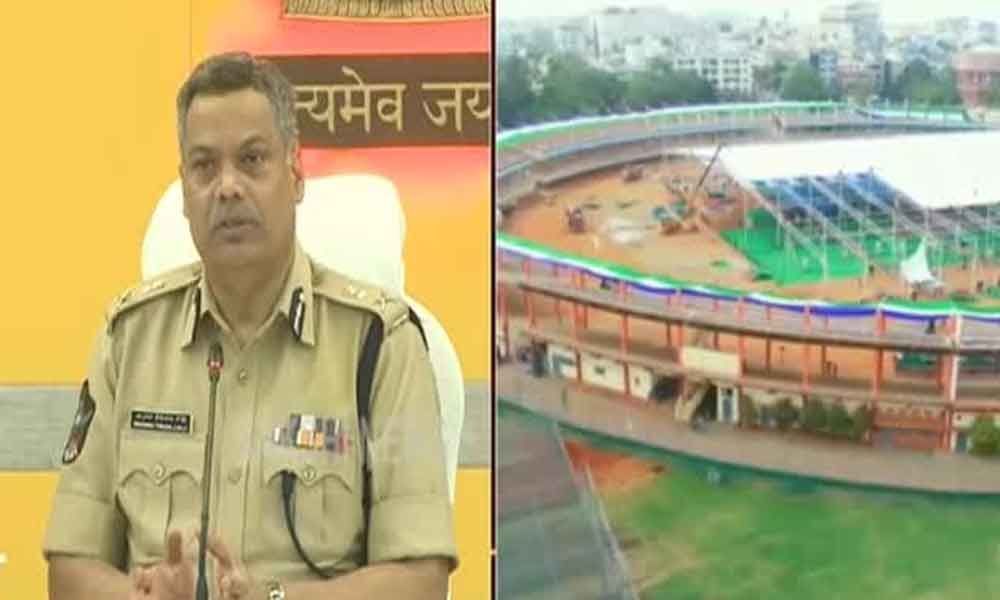 The YSR Congress Party president YS Jagan Mohan Reddy is going to take oath as the Chief Minister of Navya Andhra Pradesh in another few hours.

For the swearing-in ceremony, huge arrangements have been done at Indira Gandhi Municipal Stadium in Vijayawada.

The Vijayawada CP said in a statement that with 5,000 police force security arrangements have made for the event. The special galleries were arranged for VIP's, leaders, activists, and common people at the Stadium.

The seating arrangements were done for 30,000 people at the Stadium. The officials have suggested that the pass holders should reach the Stadium by 10:30 am.

There is no permission for heavy vehicles entry into the city for today. In order not to cause any traffic interruption, the police officials are supervising with CCTV and drones.