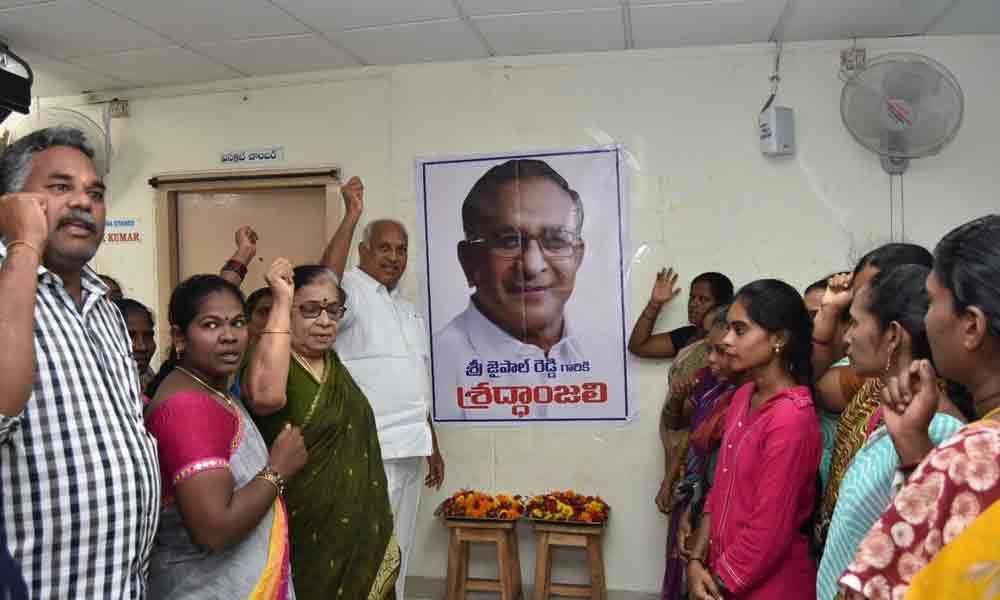 Tirupati: Congress activists, led by former Union minister Dr Chinta Mohan, paid rich tributes to senior leader S Jaipal Reddy who passed away on Sunday. They recalled the services of the leader to the party and to the nation.

At a condolence meeting held here on Sunday, Chinta Mohan who was also a six-time MP, recalled his long association with Jaipal Reddy. He said that Jaipal Reddy was a great Parliamentarian, orator and committed leader who had worked for the betterment of the people till his last breath.

``Despite occupying important positions like Union minister and serving as MP and MLA for long, Reddy led a simple life with clean image which is rare in politics, he said. Jaipal Reddy was responsible for Andhra Pradesh getting liberal financial support from the Centre when he was Union Urban Development Minister helping the state improve urban infrastructure, especially public transport system, including Tirupati, under JNNURM.'' Chinta Mohan said.

Congress state secretary K Pramila said that the principled life of Jaipal Reddy is an inspiration for all in public life and he was a good Parliamentarian and a selfless leader.

Eswar Reddy, in a statement, recalled the dynamic role of Jaipal Reddy as opposition leader in the Assembly during 1978-83 and said that despite his physical disability, he played an active role in politics.