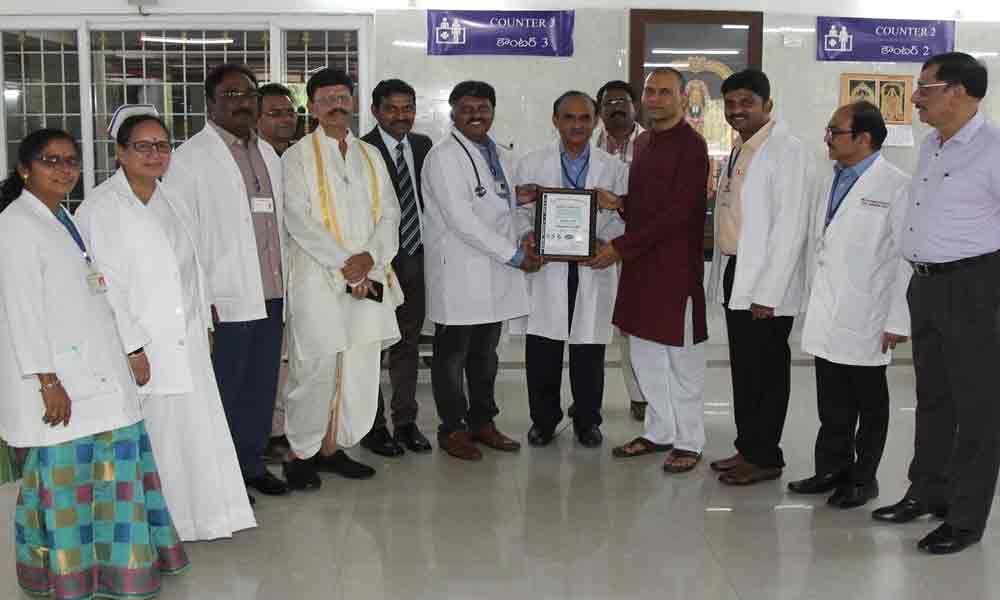 After the reception wing of Tirupati, the TTD hospitals had won the prestigious recognition by International Organisation for Standardisation (ISO).

Tirupati: After the reception wing of Tirupati, the TTD hospitals had won the prestigious recognition by International Organisation for Standardisation (ISO). The ISO certificates for TTD run BIRRD and SV Ayurvedic hospitals have been handed over to the TTD EO Anil Kumar Singhal and Tirupati JEO B Lakshmikantham in the respective hospitals on Saturday by the ISO officials.

Speaking on the occasion, the JEO said that in the last three months 12 TTD institutions won the recognition which itself is rare record across the world, he added. Patients from various districts are availing treatment in TTD Ayurveda hospital while BIRRD also became popular countrywide with its excellent medical services, JEO said.

ISO Director Karthikeyan along with EO and JEO verified the Kayachikitsalayam, Panchakarma, Salakya, Salyatantra, paediatric wards in the Ayurvedic hospital and OP ward, reception areas in BIRRD and interacted with patients to find out their opinion on the services being provided by the two hospitals.