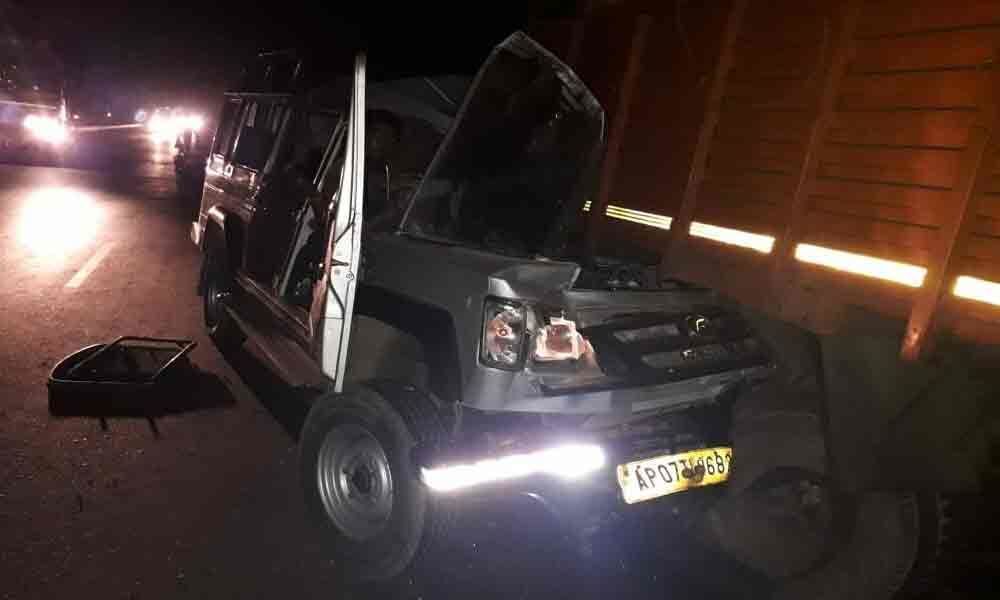 Two persons died and four sustained injuries in a road accident in Prakasam district on Saturday.

Singarayakonda: Two persons died and four sustained injuries in a road accident in Prakasam district on Saturday. According to Sub-inspector of Gudluru, L Sampath Kumar, the incident occurred when the family started to Tirumala to seek blessings of Lord Venkateswara Swamy after the marriage performed at Vinukonda on Saturday midnight.

The MUV Toofan with registered number AP07TL0683 reached Santhi Nagar village near Gudlur in Prakasam district in the early morning but the driver lost control over the vehicle. The car rammed into a lorry due to the negligence of the driver and a man Arubandla Pedda Avulayya (40) died on the spot.

The police and highway patrol staff shifted five severely injured and eight other people to Kavali government hospital, but Pulimi Mantramma (40) died on the way. The doctors announced that the condition of the four severely injured was critical and the remaining are offered first aid for the people who received minor injuries. The police announced that they have booked case. Investigation is on.