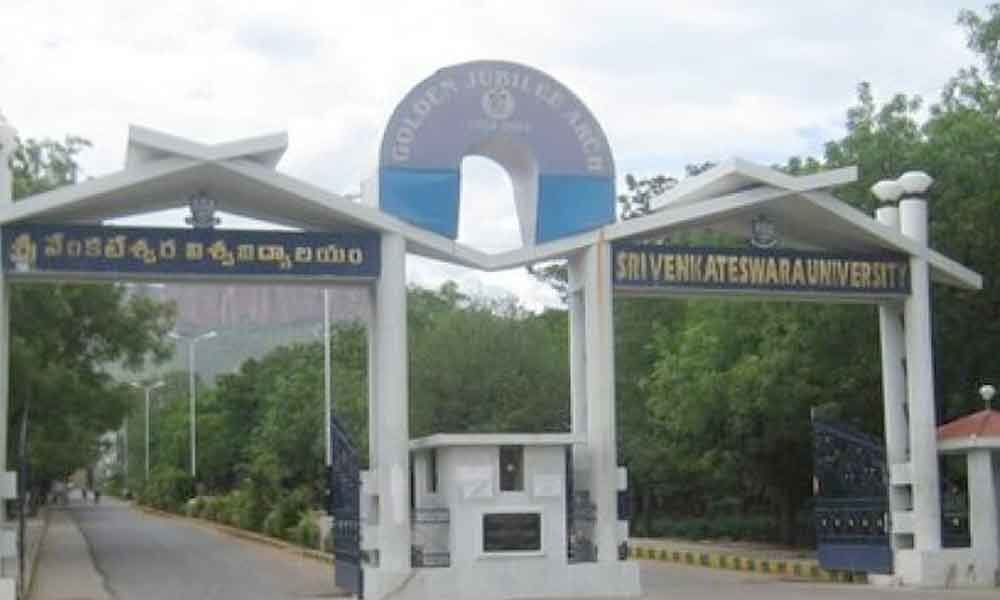 Tirupati: Crisis continued in Sri Venkateswara University (SVU) administration on Friday as vice-chancellor Prof V V N Rajendra Prasad withdrew his decision to appoint Prof P Sreedhara Reddy as registrar in place of Prof R K Anuradha, who resigned from her post on the night of May 29.

Sources in the know of the things said the V-C had to go back on his decision of appointing Sreedhara Reddy following pressure from a section of teaching staff supporting the ruling YSRCP, whose grouse is that Prof Sreedhar Reddy, of Physics department, was 'sympathetic' to TDP in the past.

According to sources, now the decision will rest with a senior most YSRCP legislator of Chittoor district.

It is learnt that after V-C announced the name of Sreedhara Reddy on Thursday morning, pro-YSRCP professors met him to 'advise' him not to rush on selecting registrar and it was better to consult the senior YSRCP MLA of the district before making appointment.

Following this 'advise', the V-C office said that decision on registrar was kept in abeyance.

Meanwhile, many professors are in race for the registrar post. Names of Professors K Srikanth Reddy (Psychology), G M Sundara Valli ( English), S V Subba Reddy (Distance Education) are doing rounds as they are said to have support of YSRCP leaders.

However, aides of the senior YSRCP MLA in the district maintain that their leader was not at all interested on the issue of new SVU registrar. They say their main concern now state cabinet formation scheduled for June second week. "We are least bothered about the appointment of registrar.

This is not an issue which warrants our attention. Though Sreedhara Reddy is not our choice, university officials take their own decision. We hope vice-chancellor V V N Rajendra Prasad will choose a right candidate for registrar post," said a close aide of the senior YSRCP legislator.

Similarly, varsity present Rector Prof Macha Bhaskar also retired on Friday. With this, two top positions in the varsity administration have no heads.

"He has not appointed any one of the senior professors as registrar. Clearly he is is in dilemma," he said.