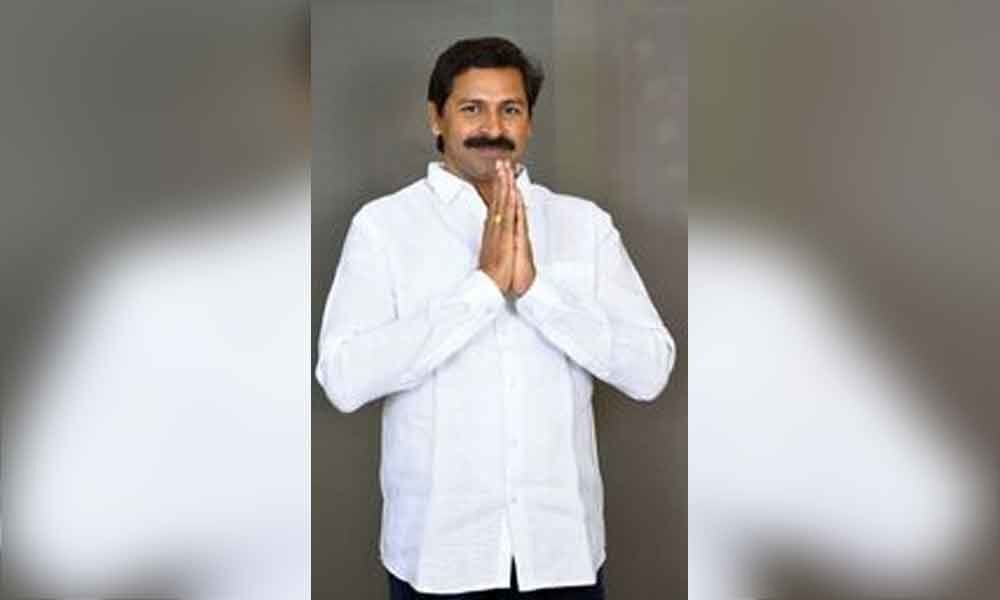 Vijayawada East constituency BJP MLA candidate Vangaveeti Narendra has said that chances are bright for his victory in the election.

Vijayawada: Vijayawada East constituency BJP MLA candidate Vangaveeti Narendra has said that chances are bright for his victory in the election. While TDP candidate is giving a tough fight, others are far behind in competing with him, he claimed.

He told The Hans India that he has a fair chance of winning the election as he is representing a national political party which has brought many welfare schemes and implemented them successfully for the poor and needy. He said that he has been in politics since his childhood with his uncle Vangaveeti Mohana Ranga Rao.

He said people are vexed with the ruling party. It had done nothing for people during last five years. All the central government schemes were renamed as state schemes to gain political mileage, he alleged. He said that as a bank employee and a union leader, he is very close to the people and masses and know their problems. He has a plan of action on how to develop the constituency, if given a chance.