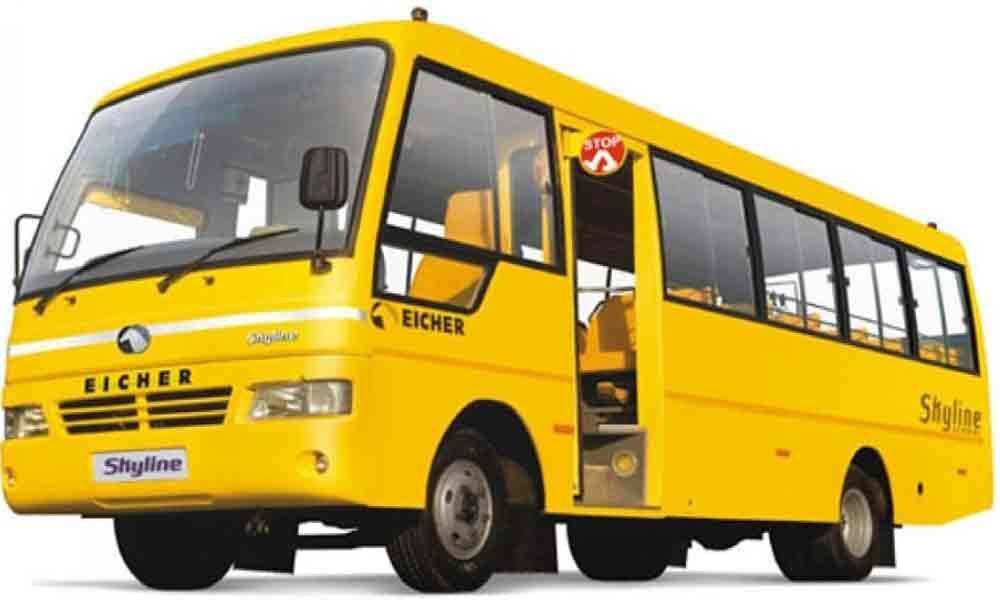 Even though, the activity is common every year, the Transport department starts the drive and make an appeal to the institutions to check their vehicles as part of issuing the FCs

Nellore: Issuing fitness certificates to the vehicles of educational institutions has turned out to be a herculean task for the officials of the Transport department, who basically confined to the warnings rather than initiating legal action against such errant institutions.

Even though, the activity is common every year, the Transport department starts the drive and make an appeal to the institutions to check their vehicles as part of issuing the FCs. Still, officials worry that majority of the institutions have not been responding to requests failing to follow mandatory procedures. Finally, the warnings have become a common activity and officials of the Transport department have to approach the district administration for any action.

According to official data, there are 1,556 vehicles in the district being meant for transporting the students and till now, the officials have issued certificates to 200 vehicles. They started the activity on May 16 and must be completed by June 12, before commencement of academic year. Meanwhile, they have to complete the process of issuing FCs to around 1,350 vehicles within two weeks.

In fact, though the officials have started the process two weeks ago, they had issued certificates for only 200 vehicles and still it takes at least 45-60 days for completing the process. Transport department has made necessary arrangements for issuing the certificates in Nellore, Kavali, Atmakur, Gudur and Sullurpet.

Though they deployed officials to check at least 100-120 vehicles per day, very few institutions came forward for obtaining the certificates. The modus operandi of getting the FC is that the educational institution which wants to get the certificate has to book a slot online for a particular day.

Transport department also announced that they are ready to work even on Sundays and holidays. But there has been no response from the schools and colleges showing technical reasons on the website. "Although some corporate and private institutions are getting ready to start classes from June 1, they hadn't come forward for getting the FCs.

After starting classes there won't be possibility for checks as they have to pick up and drop the children. So, they have to complete the process before June 12," said a senior official from the Transport department.