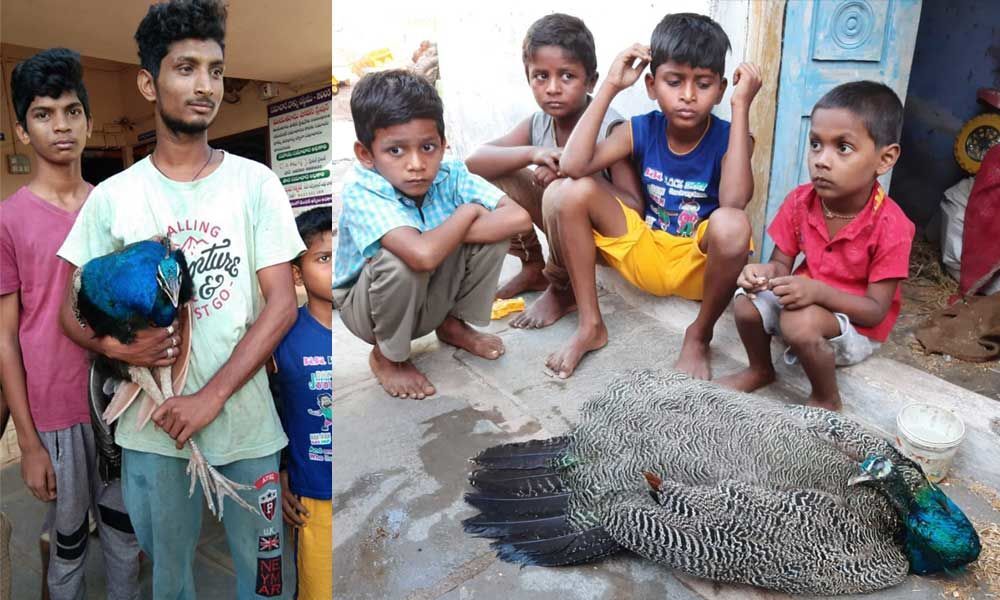 The residents of Miduthur village in Nandikotkur constituency caught a injured National bird, Peacock on Wednesday.

Kurnool: The residents of Miduthur village in Nandikotkur constituency caught a injured National bird, Peacock on Wednesday. Unfortunately, the bird died before handing over to the forest department officials.

According to the voice of Miduthur villagers, a Peacock from the nearby forest has ventured into the village searching food and water. While quenching its thirst some stray dogs pounced on the National bird and injured brutally.

The villagers who happened to see the bird being attacked by the stary dogs immediately rushed to its rescue.

After rescuing, they were waiting to hand it over to the forest department officials. Meanwhile, the villagers in large number flocked to see the bird and some wanted to take photos.

The perplexed bird unable to survive breathed its last after a couple of minutes. On arrival of forest department officials the residents handednitnover to them.