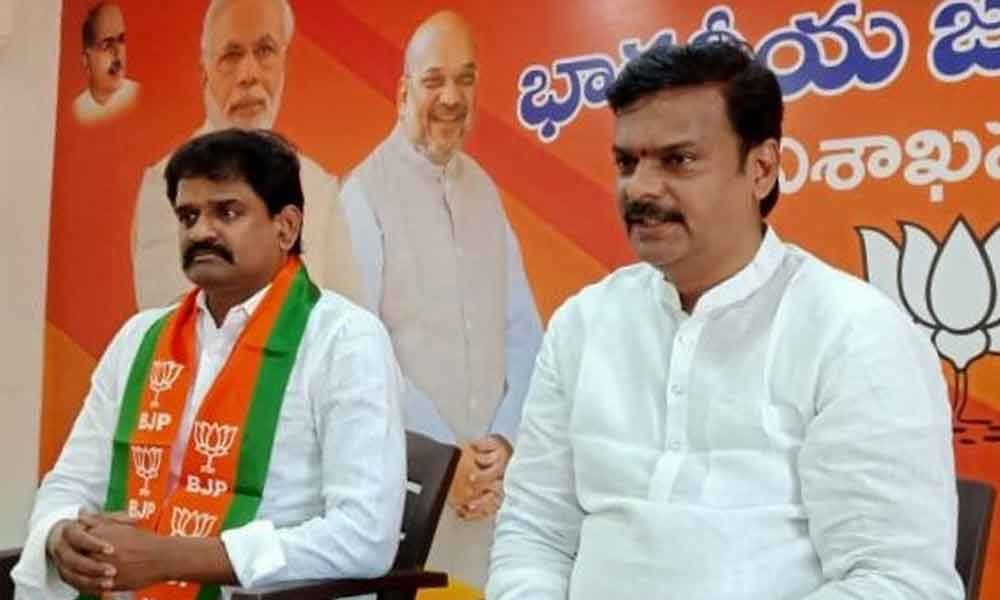 Visakhapatnam: BJP MLC P V N Madhav said that the distribution of Rs 1,000 as financial aid to the poor wearing party stoles is unethical. Speaking at ...

Visakhapatnam: BJP MLC P V N Madhav said that the distribution of Rs 1,000 as financial aid to the poor wearing party stoles is unethical. Speaking at a press conference here on Sunday, he alleged that YSRC party leaders were wearing the party stole while distributing the money to the beneficiaries in Visakhapatnam.

Madhav stated that the YSRC leaders, who distributed the amount to the beneficiaries donning the party stoles should be disqualified for the ensuing local body elections He said that Rs 1,050 crore was supported by the Central government to help the poor.

Further, the MLC demanded withdrawal of GOs issued by the State government to carry out works in the schools under 'Naadu- Nedu' scheme. "This apart, GO issued on house site scheme should also be withdrawn, he demanded. He asked why the volunteers were not distributing the ration supplies to the beneficiaries.

"Contrary to the lockdown, people are waiting at ration depots without maintaining social distance. Those who didn't receive the free ration will be identified and they will be given 'Modi kit'. In addition, such kits will also be given to poor BJP activists," he added.

BJP and RSS activists were ready to participate in the combat against coronavirus and those below the 45 years in the party will take part in the fight.

"The state government did not bother much about the financial status for the past nine months. But now, it is seeking financial support from the Centre in the garb of coronavirus which is not appreciative," the MLC noted. he meeting was attended by city BJP president M Ravindra Reddy.