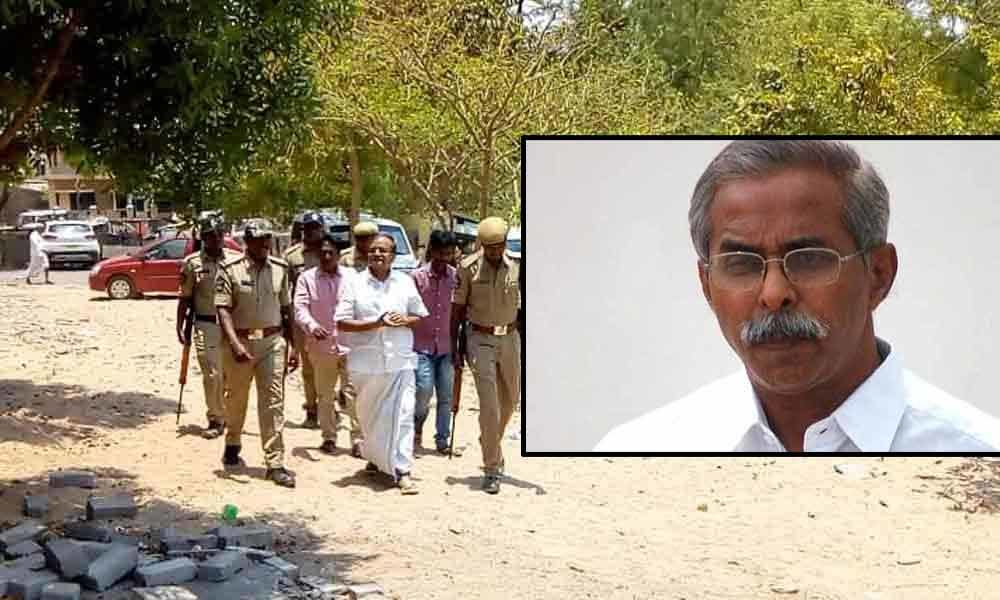 Kadapa: The accused in the murder case of former minister YS Vivekananda Reddy, Yerra Gangi Reddy, M.Krishna Reddy, V.prasad were produced before magistrate court at Pulivendula on Monday. The magistrate S.Kishore has extended their remand up to 28th June. Later the accused were shifted to Kadapa central prison under tight security.

It may be recalled that former minister YS Vivekananda Reddy who was the in charge of Jammalamadugu constituency behalf of YSR congress brutally found murdered at his own resident in Pulivendula town after completion of electioneering on midnight of 15th March. Police who initially suspected the death of Vivekananda Reddy as suicide later registered it as murder after complaint lodged by his PA Krishna Reddy on the same day.

Following allegations and counter allegations made by the TDP and YSR congress over the issue, the Special Investigation Team(SIT) adopted by the state government enquired m70 more persons including deceased family members, finally concluded involvement of three persons Yerra Gangi Reddy, Krishna Reddy(PA of Vivekananda Reddy), V.Prasad (son of maid servent ) were responsible for the murder of Vivekananda Reddy. In this connection the trio experiencing punishment as under trailers in Kadapa central prison. In this connection they were produced before the Pulivendula magistrate court on Monday.