Vizianagaram civic body to be upgraded as corporation 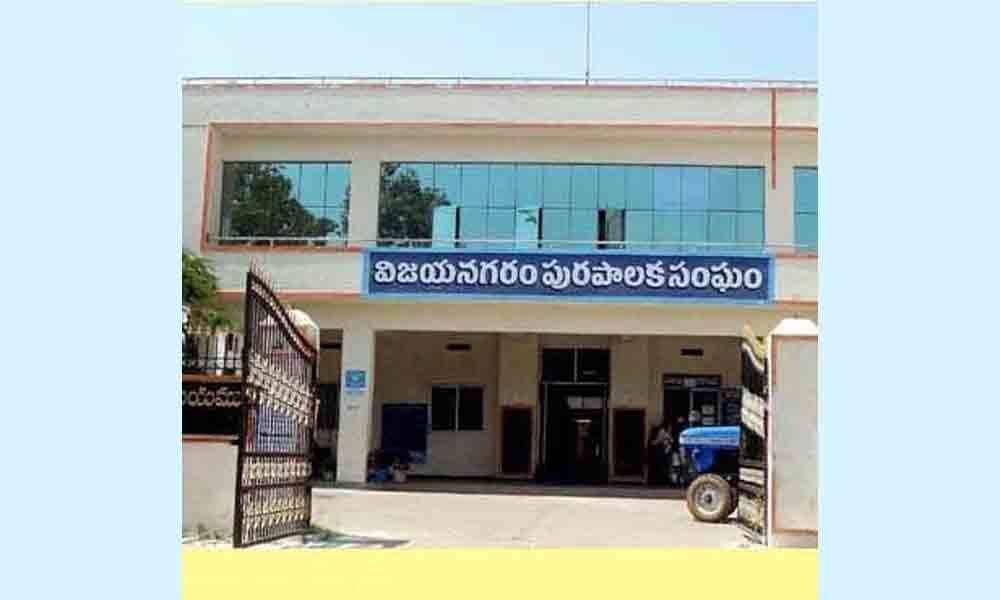 The government proposed to upgrade special grade Vizianagaram municipality as corporation, but the present municipal council and governing body obstructed it as they have to resign for their posts.

Vizianagaram: The government proposed to upgrade special grade Vizianagaram municipality as corporation, but the present municipal council and governing body obstructed it as they have to resign for their posts.

Now, the Department of Municipal Administration and Urban Development has released a GO stating that the council would be upgraded as corporation after July 2 as the present council is going to be expired by that date.

As per the norms, the wards also will be increased from 40 to 50. Currently, the town has 2.44 lakh population in its 40 wards and the wards would be increased by adding 10 new areas adjacent to the town.

Each ward would have minimum of 6,000 population in municipal corporation limits. The municipal authorities are planning to merge Sunkaripalem, Dharmapuri, Mudidam, Gunupurpeta , Pedatadivada , Duppada, Chelluru, Malicharla, Korukondapalem and some other nearby villages in the corporation. If the town is upgraded, it will get more funds from Union government under the JNNRUM and some other urban development schemes.

For upgrading the municipality as corporation, the council has to pass a resolution and send it to the government. Later the government will take necessary action and release a GO after merging the new areas. If the town is upgraded, the funds for development of parks, libraries and other infrastructure facilities would come from Union government.

On the other hand, the rents and land value in adjacent villages would be increased. Currently, the town is spreading over in 52 sq kms and it will be expanded to 65 sq kms to become a corporation. And the water supply system, streetlights, parks, medical facilities like urban health centers also would be provided by the Union government. Municipal Commissioner S S Varma stated, ``We have received the government orders and directions on this issue. We are working on that and trying to complete the administrative process as soon as possible."

Municipal Chairman P Ramakrishna said, ``We are preparing for upgradation and the officers are on that job. If the town becomes a municipal corporation, it would get more funds and people would get more facilities."