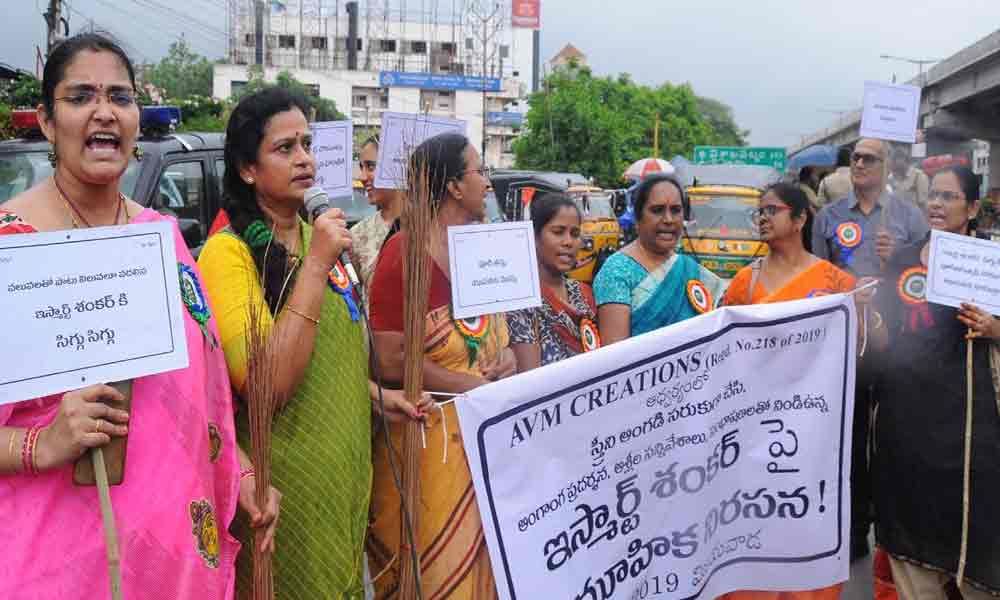 Vijayawada: Representatives of various women associations staged a protest at Capital cinemas (Trendset Mall) here on Friday, blaming the Censor Board for giving permissions to movie 'iSmart Shankar'. The protesters felt that the movie would spoil the minds of the youth and creates evil intentions.

Addressing the media, Yelamanchali Anjini who led the protest said that with the growing sexual attacks on women, girls and even on toddlers, the Censor Board members should feel the responsibility to protect society while giving permission to movies like iSmart Shankar which would send wrong signals to the present youth.

She said that scenes of the movie and the dressing of the female lead were highly objectionable which would attract the youth towards wrong path. Such scenes should have been deleted by the Censor Board members before the movie's release.

She criticised the director of the movie Puri Jaganath for arranging a success meet at Vijayawada stating that his movie has record collections and has a huge youth following. She also find fault with the parents for not checking the youth and accompanying the children to these kinds of movies.