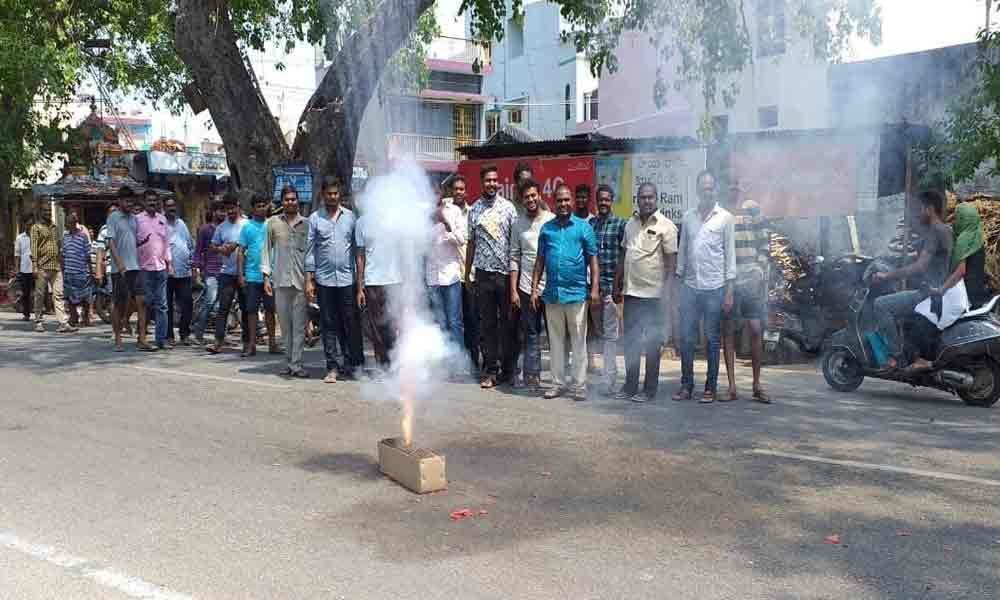 The YSRCP leaders and workers in Chittoor district celebrated the party victory in Assembly and Lok Sabha elections on Thursday by bursting the crackers.

Tirupati: The YSRCP leaders and workers in Chittoor district celebrated the party victory in Assembly and Lok Sabha elections on Thursday by bursting the crackers. Except Kuppam Assembly constituency, the YSRCP candidates have won in all the Assembly and Lok Sabha seats. The YSRCP leaders congratulated each other by shaking hands at Sreenivasa Institute of Technology and Management Studies (SITAMS) and RVS College in Chittoor.

In mandal headquarters, the YSRCP functionaries and followers burst the crackers and distributed sweets to the people. Followers of Chevireddy have expressed their joy by dancing on the roads to the drumbeats at Thummalagunta in Chandragiri. As a precautionary measure, the police officials set up pickets at important towns in all the 14 Assembly constituencies.