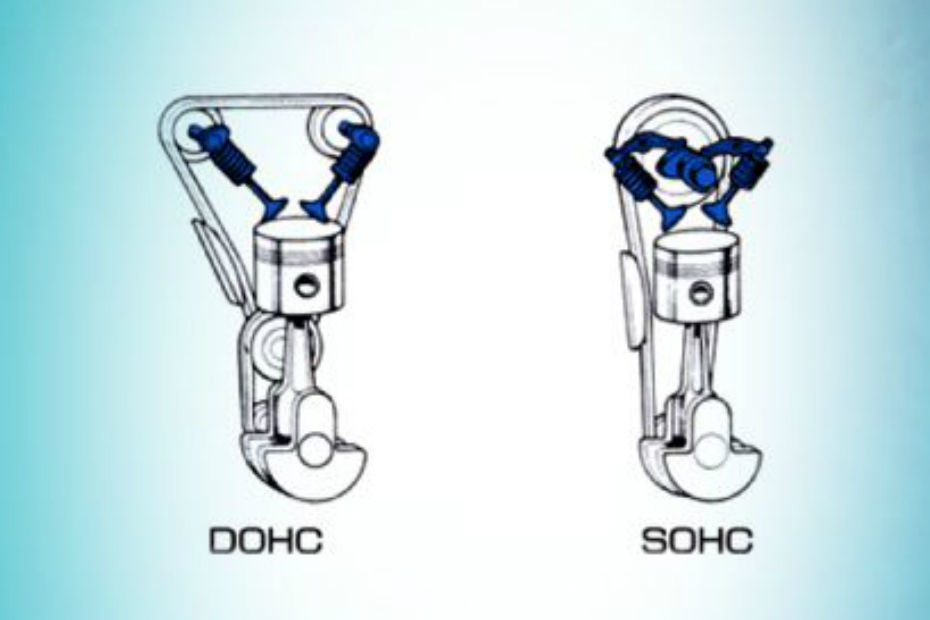 Wondering what are SOHC engines and DOHC engines? Here’s an in-depth look at both the engine setup While looking at a motorcycle's...

Wondering what are SOHC engines and DOHC engines? Here’s an in-depth look at both the engine setup

While looking at a motorcycle's specification sheet, you may have noticed bike makers using acronyms such as SOHC and DOHC. These acronyms are not just some mumbo-jumbo, and in fact, represent some critical aspects of an engine. So, if you are finding a hard time telling these two engine setups apart, here’s a detailed explanation of how SOHC and DOHC work.

Before we get into the technical details, here's a quick rundown on how internal combustion (IC) engine works. An IC engine works on a four-stroke cycle:

- In the first step, the piston descends in the cylinder which allows the fuel-air mixture to get sucked into the chamber through the open intake valves.

- Then, the valves are closed and the piston is pushed up again so that the air-fuel mixture is compressed inside the chamber.

- After the mixture is compressed, the spark plug produces a small explosion that pushes the piston back down.

-Lastly, as the piston moves back up again, it pushes the burnt gases out of the cylinder via the open exhaust valves.

DOHC engine:
As mentioned before, DOHC engines have two camshafts, one that operates the intake valves and the other that operates the exhaust valves. DOHC engines are considered to be more flexible in nature as they have more accurate control over valve lift and timing, and generally the go-to for multi-valve engines. In such multi-valve setups, engineers can place the intake and exhaust valves as far apart as necessary, since each set of valves is driven by its own cam. This option is limited in a SOHC setup.

Optimising valve placement, lift and timing allow the air-fuel mixture to be burned more efficiently. Also, the company can tune the engine as per their requirements; it can either tune the engine for more power compared to an SOHC engine, or it can be tuned for better fuel efficiency. The downside to these is that a multi-valve DOHC setup is more complex and expensive to manufacture compared to a simple SOHC head. And maintenance generally costs more as well.

So, while SOHC engines are cheaper to manufacture and easier to maintain, DOHC allows engines to be tuned for better fuel efficient or better overall power output. That's why generally most budget motorcycles will come with a single cam setup while you'll find dual cam setups on the more premium performance motorcycles.